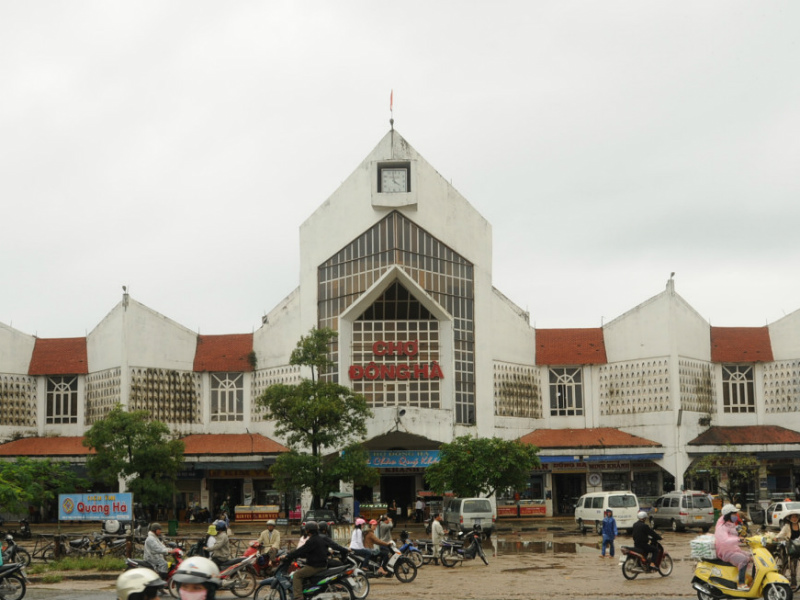 Dong Ha is a city in Quang Tri Province, in central Vietnam. It's the closest major city to the DMZ, or Demilitarized Zone, the area around the former border between North and South Vietnam. Therefore, Dong Ha makes a useful base for exploring the DMZ and is the gateway town to the Lao Bao border crossing. During the Vietnam War, Dong Ha was the northernmost town in South Vietnam and was the location of a strategically important United States Marine Corps, to support Marine positions along the Vietnamese Demilitarized Zone (DMZ). Tourists come to Dong Ha nowadays, especially ex-servicemen from the U.S. and Vietnam, who nearly always include a DMZ tour in their programs. The contemporary Vietnamese singer Nh? Qu?nh was born in ?ông Hà in 1970. Average temperatures in Dong Ha vary somewhat. Considering humidity, temperatures feel hot for about half of the year and otherwise nice with a chance of rain throughout most of the year.  If you’re looking for the very warmest time to visit Dong Ha, the hottest months are June, July, and then August. The warmest time of year is generally late June where highs are regularly around 97.3°F (36.3°C) with temperatures rarely dropping below 76.6°F (24.8°C) at night.