The Story of the Face-Tattooed Women in Chin State - Myanmar

14 Dec, 2016 | Travel Blog
From the ultimate guides of each destination, secret beauties, amazing things about food and culture to top suggested resorts and hotels, our travel blog is meant to help you travel Asia at ease and experience the best moments there without any hesitation.

Settling near the Bangladesh - Myanmar border, the distinctive Chin tribe is best known of the intricate ink details covering their entire face. This tradition started for generations ago when several tribes in the Chin province of Myanmar began to tattoo the face of each and every single young woman. Why would they do that? You might be wondering. “We would normally be tattooed when we turned eight or nine years old. It was an ancient custom to do so. Every girl in my village did that”, said, a seventy-year-old woman with a faded tattoo on her face. 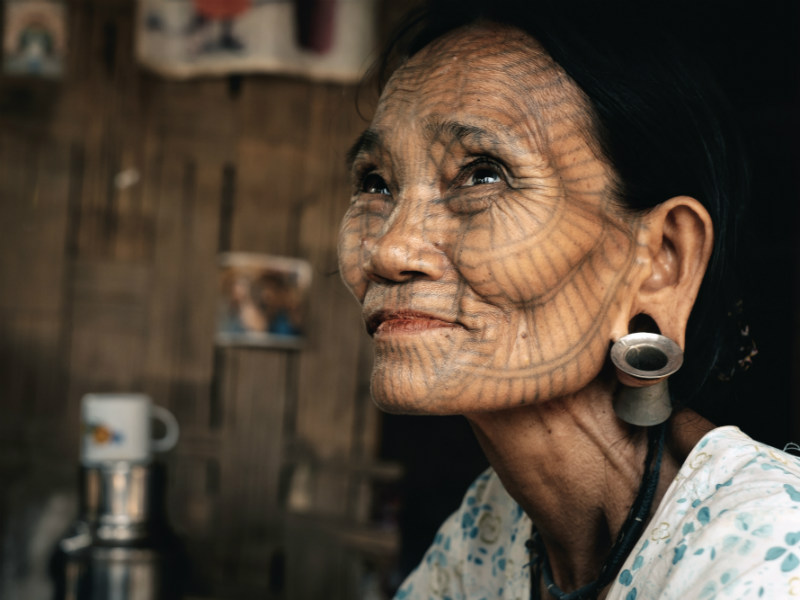 The tattoo woman I met near Mrauk U, Chin State, Myanmar

There was a surprisingly good reason behind this. Like in many other feudal countries in Asia, it used to be the case for the Chin people that the royal could marry whoever they wanted and whenever they wanted. Even when, there might not be any willingness involved. As obliviously, a neighboring prince could eventually just show up and take his next wife on a whim without any notice from neither the girl nor the girl’s families in advance. For the Chin people, this would equally mean having their hearts broken repeatedly as their daughters were stolen away by strange marauders. Nobody would be able to successfully fight against this injustice. Everybody in the tribe could imagine they would be crushed and tortured in front of the mighty power of the royal. So, consequently, they had to get creative… 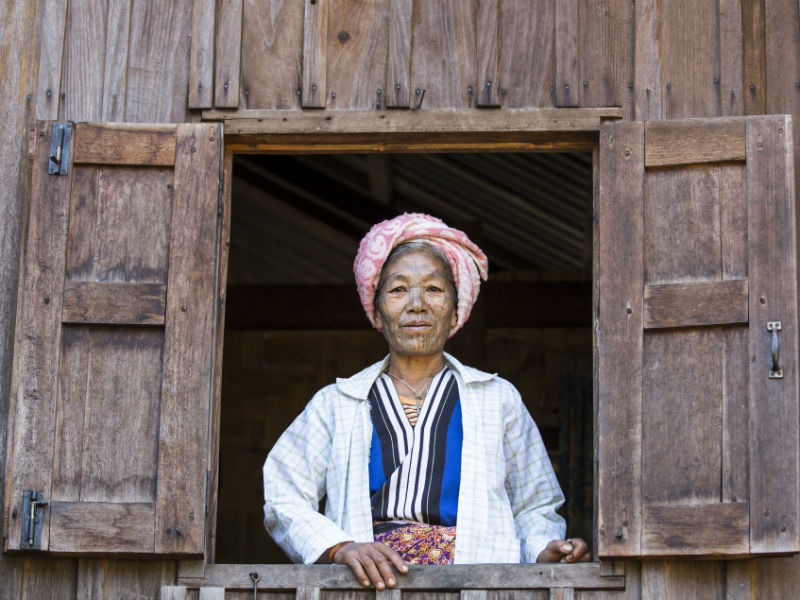 The Chin parents, in an attempt to protect their daughters, started tattooing their young child’s face. “The tattooing took over a day to complete and it was extremely painful, especially to the tender eyelid area”, the middle-aged woman in front of me said with a sudden flare emotion in her voice. Though, times after times, this tradition had transformed into a fascinating revolution. Over the years, what was originally intended to make the women undesirable began to have another opposite effect. The full facial tattoos became signs of beauty for every Chin women of the old generation. The tattooing became a thoroughgoing tradition, not only deeply entrenched in the local culture but also appeared to be something that most of Chin women are proud of. 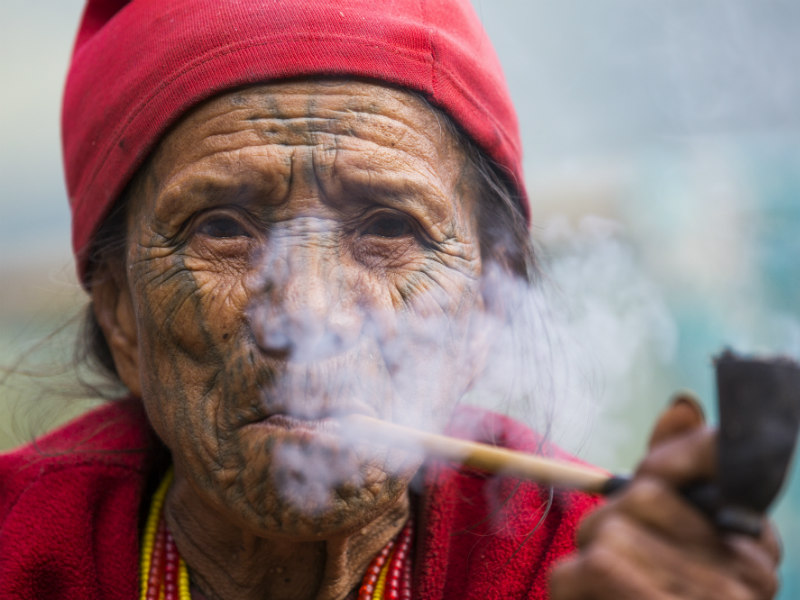 Each area of Chin state has a distinct tattoo pattern so it is usually possible to determine where a woman comes from by the look of the tattoo on her face. This kind of ancillary information makes my journey to Myanmar visiting the hill tribes become much more meaningful and well worthy than I have ever expected it to be. Nowadays, the practice of facial tattoo is no longer permitted by the Burmese authorities nor it is favored by the younger generation hence this part of the Chin culture, sadly, will soon be gone. Fortunately, as a cultural explorer, being able to witness the last living generation to embrace this amazingly unique custom, my Myanmar travel, indeed, was much of a blessing. 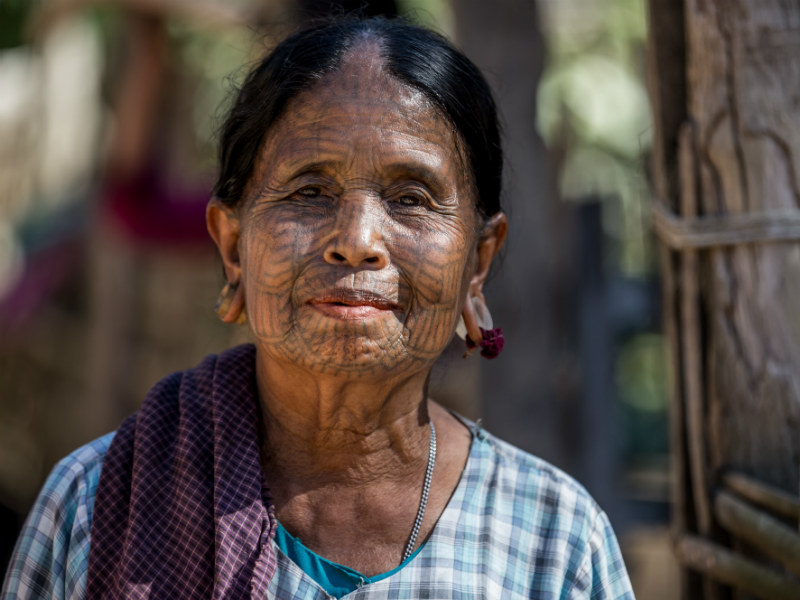 Much like the Thanakha (face-paint tradition), the face-tattooed women in Chin State is an indispensable part of Burma diverse and distinctive culture 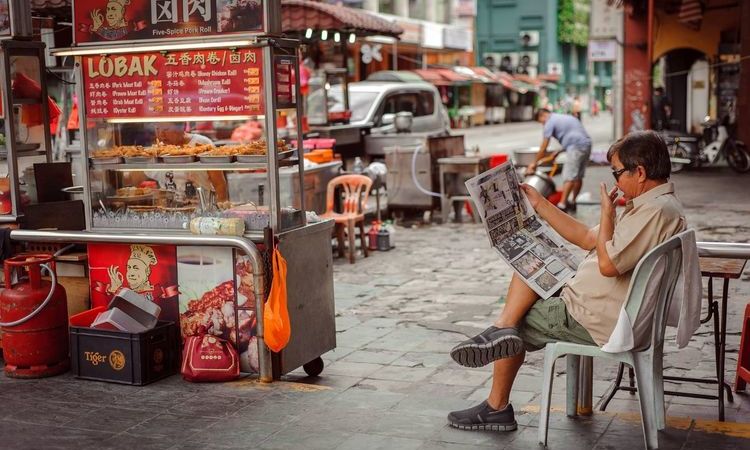