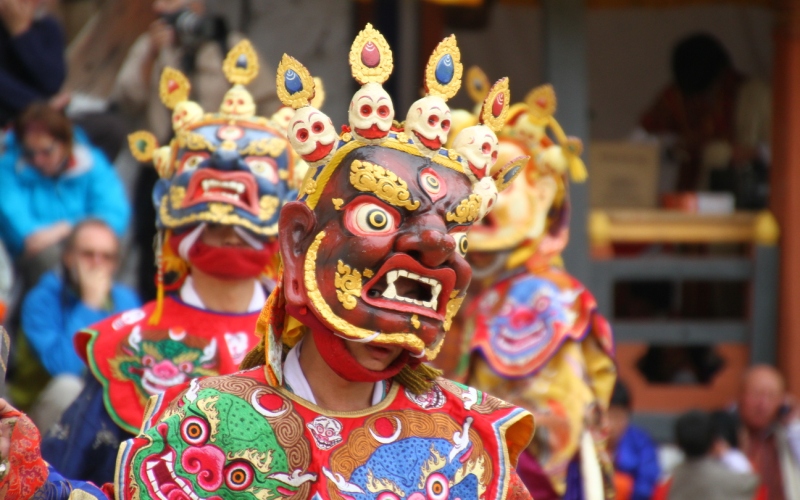 Things You Should Know about Thimphu Tshechu Festival in Bhutan

Along with Paro Tshechu, Thimphu Tshechu attracted more than 3,000 travelers per year to Bhutan. Many people agree that the occasion of Thimphu Tshechu is the best time of to visit Bhutan, as the weather is clear and cool, and the capital city of Thimphu is filled with vivid festive colors. The annual national holiday is held for three consecutive days, beginning on 10th day of the 8th month of lunar calendar. Thus, this year, Thimphu Tshechu will fall on September 30 to October 2 of 2017. 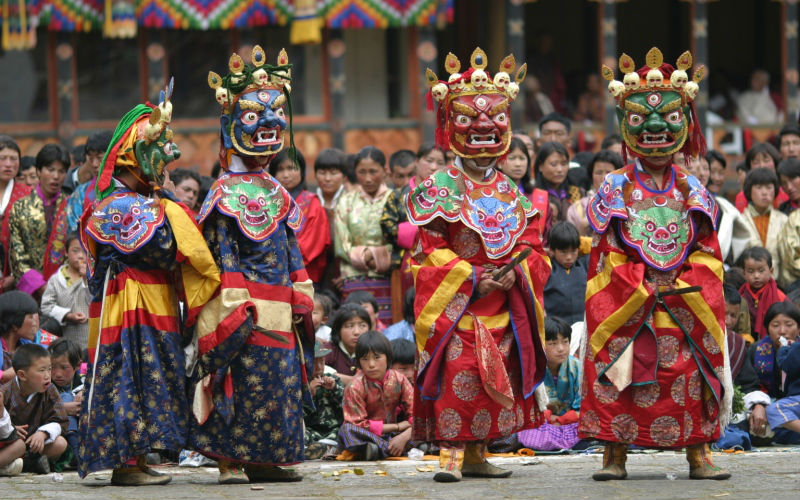 An corner of Thimphu before the tshechu

The term “tshechu” in Bhutan is generally referred to as a series of religious festival that falls on the tenth day of the Tibetan lunar calendar. They are held in honor of the great Guru Rinpoche, who introduced Buddhism to Bhutan in the 8th century. The history of Thimphu Tshechu began in 1867, when it was initiated by the 4th Desi, Gyalse Tenzin Rabgay. During its first years, the tshechu only features a few dances, performed by monks only. Thimphu Tshechu however was never the same again in the 1950, under the third King of Bhutan, Jigme Dorji Wangchuk added colors and variations to the festival with a number of masked dances performed by monks called Boed chhams. Despite the changes, the religious core of the festival is still kept intact. The most famous dances during Thimphu Tshechu are Shaw Shachi (Dance of the Stags) and Guru Tshengye (Eight Manifestations of Guru). 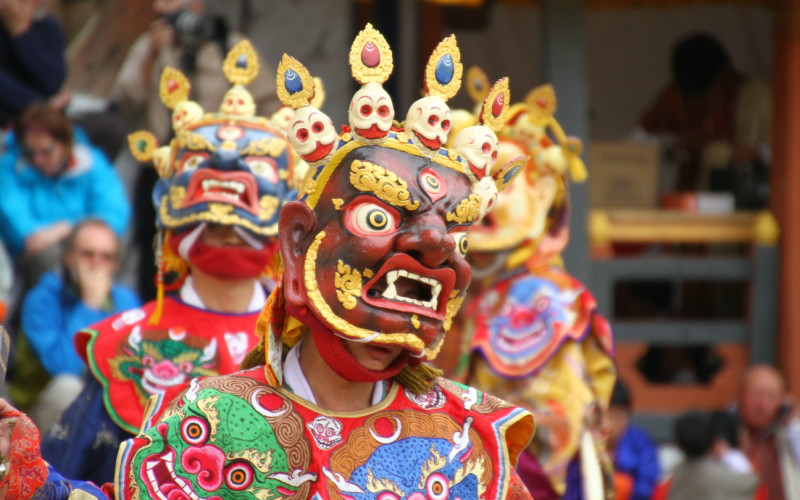 A young performer during Thimphu Tshechu

Thimphu Tshechu is also the occasion that many Bhutanese from neighboring districts gathering at the capital, to get a break from farm life, immerse in a festive time, socialize, celebrate, receive blessings and pray for health and happiness. Although it may be crowded, you will love the ambiance in the streets of Thimphu in these three festive days. It is a must to watch the traditional dances inside the numerous dzongs in the city. However, if you want to watch it from up close which is the best way to truly enjoy Thimphu Tshechu, it is better to reserve your seat in advance since the dzongs will be packed with both the locals and foreign travelers. Some of the locals even pack their meals in bamboo basket and sleep overnight inside these dzongs. 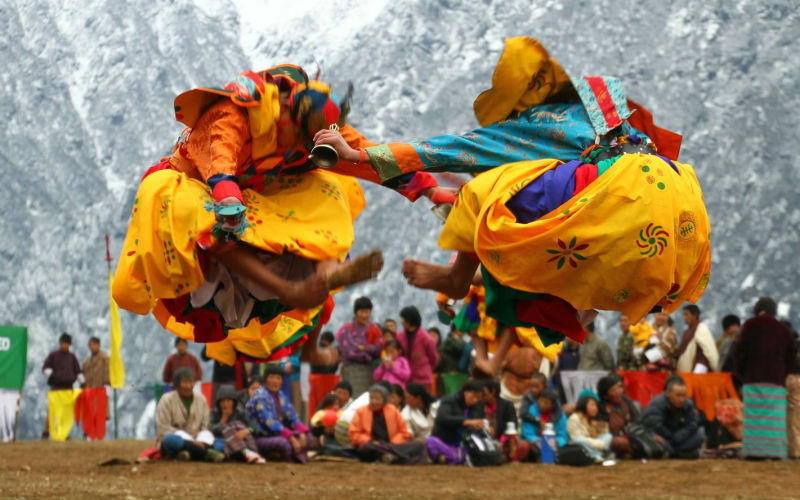 The sea of people participating in Thimphu Tsechu