Must dos in Siem Reap in two days

Apart from being the hub for travelers for their expedition to the legendary Angkor temples which are obvious must-dos in Siem Reap, the city still has a lot to offer. As the penultimate stop of my Indochina Essence tour, I decided to spend two days in this city. On my flight from Ho Chi Minh City, I was waiting for surprises. As a matter of fact, Siem Reap has given me more than that.

I was a bit surprised by being told by my guide to avoid staying up late the previous night. It turned out there were two reasons for this: First, you will not want to miss the magical sunrise at one of the most iconic historic sites in this planet: the Angkor Wat. To capture this awe-inspiring sight, you have to wake up well before 5 am. The second reason is, this Angkor Biking Tour does consume a lot of your energy. So, you definitely want to save your full battery for an upcoming challenge. While watching the sun slowly coming up far on the horizon and setting up for my time-lapse video of the scene, I also quickly grabbed my light breakfast. Discovering this world-famous site is a must-do if you get the chance to visit Cambodia, especially in Siem Reap. Here, I was inspired by a stunning display of 3000 different alluring asparas carved into the walls with an incredible level of detail as well as the staggering scale of the largest religious monument in the world, given the fact it was built only by thousands of workers and elephants. My next challenge was exploring every corner of the old Angkor Thom. A lot of people confuse the Angkor Wat with the Angkor Thom. For your information, the former is technically a temple, a place for worshipping. In fact, local worshippers still come here every day. Meanwhile, the Angkor Thom is the last capital city of the Khmer Empire, thus, it is noticeably bigger. Back to my bike expedition, I felt like traveling back in time, strolled through narrow trails, and entered sacred temples surrounded by thick jungles. Though Bayon Temple amazed me by a striking display of numerous sculptural decorations, the highlight of my biking trip was Ta Prohm Temple which is a few kilometers to the east of Angkor Thom. It really did strike me as this mysterious temple was the site of the famous scene in Tomb Raider. After a full day biking, my last stop was Srah Srang, an ideal place for sunset watching while sitting back and relaxing in tranquillity. 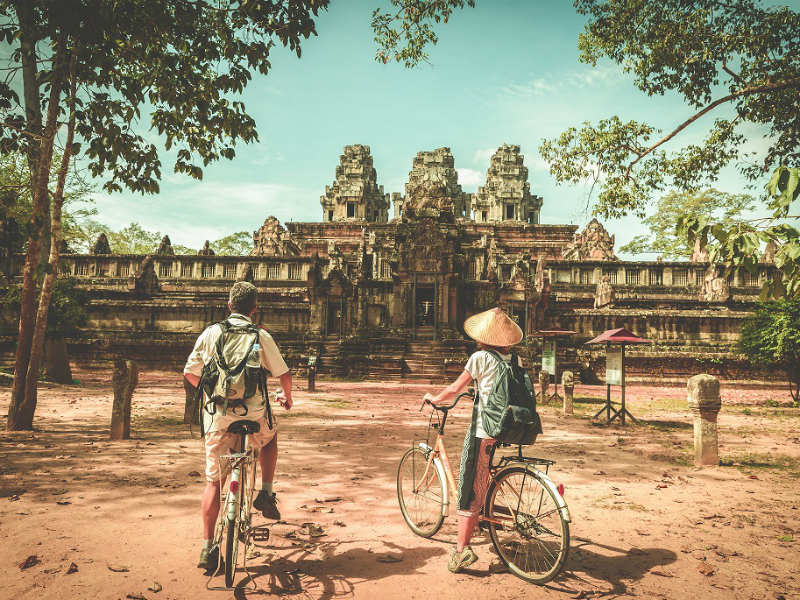 After returning to my hotel for a much needed soothing massage, I decided to come to Phare Circus as a recommendation from the hotel concierge when I asked him for a must-do in Siem Reap in the evening. On that evening, the scheduled show was “Sokha”, the story about a child haunted by the gruesomeness of the Khmer Rouge. Eventually, with her trust in human nature and love of art, she fought on and conquered her own fear and despair. With a combination of stunning visual arts, series of acrobatic techniques from the young performers, and live traditional Cambodian music, Sokha was truly a sensational demonstration of a sense of optimism and strong will of the Cambodian to overcome their dark days. The first day ended with an indulgent dinner at The Touich Restaurant, a perfect choice for local cuisine. You have to try the “Khmer Rouge Curry” here, which is fantastic! Don’t be scared of the name though. 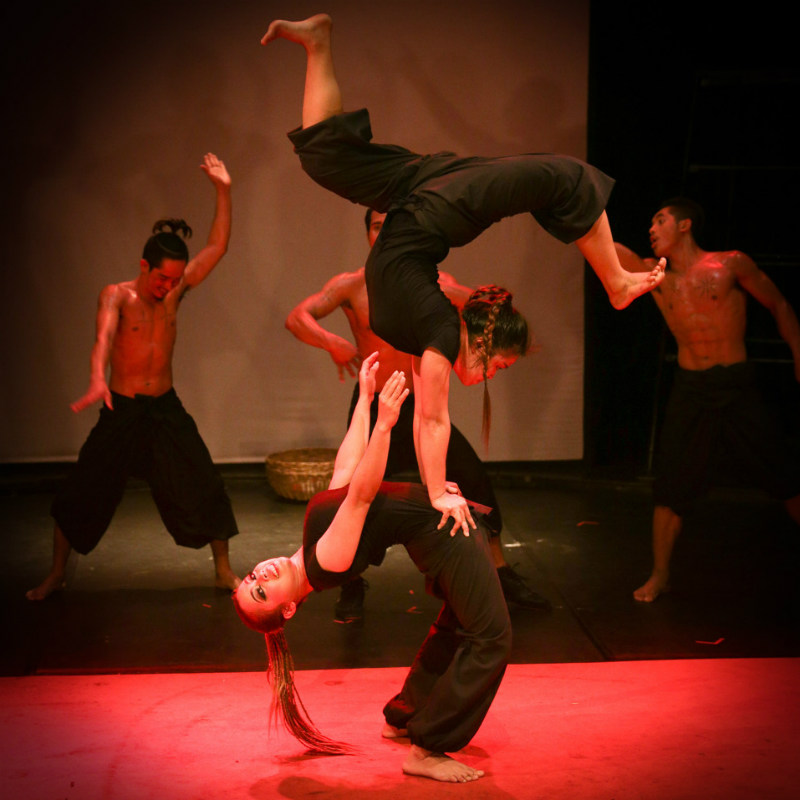 On my second and also the last day in Siem Reap, I went on an excursion to the Tonle Sap Lake, the biggest lake in the whole of Southeast Asia. It was quite amazing to see how so many people settle in various floating villages around the lake. There were even stores, schools, and restaurants, and to travel within, all you need is a boat! My boat led me to one of the villages, where I had the chance to share some talks with some of the locals here, to find out how they fish, to have lunch with them, and to listen to their stories about how their lives change after the Khmer Rouge. I was lucky to be able to enjoy another magnificent sunset in Cambodia, this time on the Tonle Sap. If someone made me close my eyes until the sunset here, I will probably think I was on a bay somewhere! I do believe that coming and paying a visit to one of many floating villages on the great Tonle Sap Lake is another must do in Siem Reap for any luxury tours to Cambodia if you want to really know about the daily life of the community here. 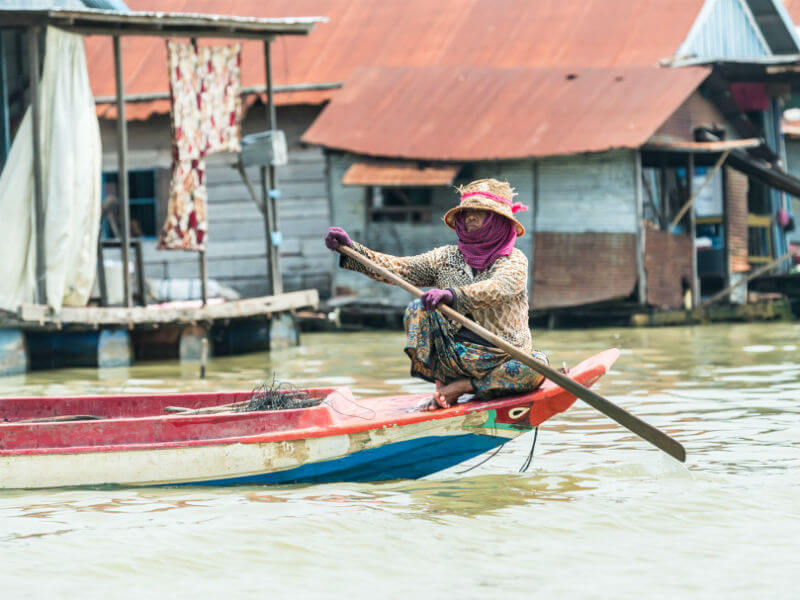 I spent the last night in Siem Reap discovering the renowned Pub Street. As some of you might expect, this hectic Western corner of the city is filled with adjoining houses, bars, and restaurants. Before saying goodbye to the magical land of Cambodia to head for Luang Prabang of Laos, my final stop, I had a lot of fun, met some new friends and told them about my incredible two days in Siem Reap.