6 Most Spectacular Festivals in Southeast Asia Worth Traveling for

17 Nov, 2016 | Travel Blog
From the ultimate guides of each destination, secret beauties, amazing things about food and culture to top suggested resorts and hotels, our travel blog is meant to help you travel Asia at ease and experience the best moments there without any hesitation.

Southeast Asia is full of countries where you’ll find history, tradition, culture and spectacular monuments – Angkor Wat, Cambodia; Hue Citadel, Vietnam; Wat Phra Kaew, Thailand. However, what some seem to overlook are the festivals in Southeast Asia. Here, you’ll find some of the most outrageous and wonderful festivals in the world. If you’re planning a trip to Asia, you may want to visit one of the most popular festivals! 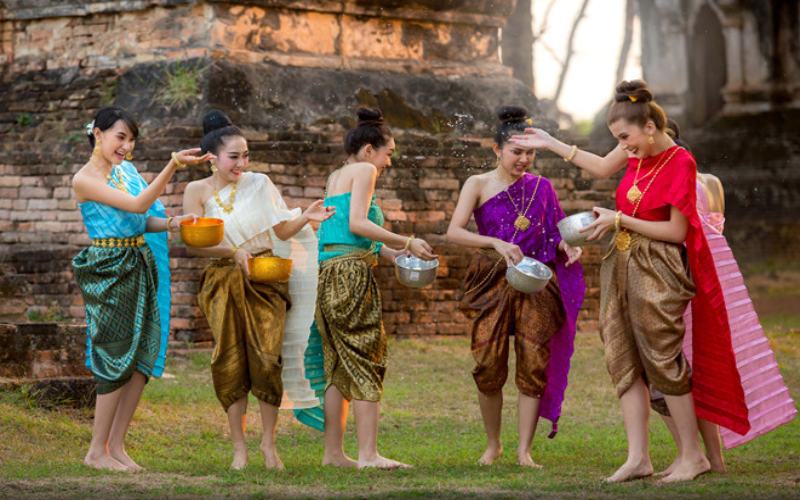 Songkran Festival celebrates the Thai New Year, usually April 13th – 15th. People in Thailand celebrate this festival in slightly different ways, depending on what region you're in. In central Thailand you’ll see locals cleaning their houses, dressing up in colorful frocks and offer food to the monks. Other, slightly unusual, traditions include donating sand to a temple, releasing fish, birds, cows, and buffaloes! In Southern Thailand you’ll notice the Thai have 3 simple rules to follow during this festival: Do not hurt another person or animal, do not lie and don’t work or spend money unless it is necessary! In the North you’ll hear the bangs of gunfire and firecrackers (getting rid of any bad luck, what else would gunfire and firecrackers be used for?), again you’ll see offerings for monks and you’ll also see locals washing the local Buddha statue. The Eastern region of Thailand celebrates in similar ways to the rest of the country, but makes merit in the temple and offer food to the elderly members of their family also. 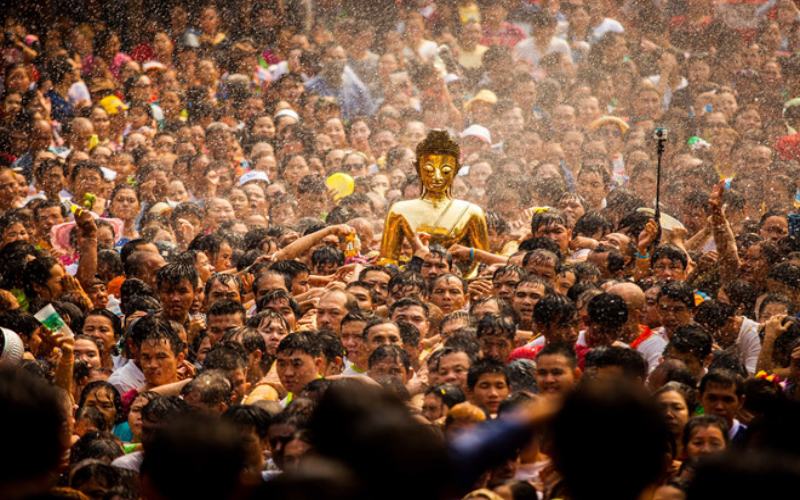 A typical day during Songkran would begin with visits to the local temples, offering the food to the monks and washing the Buddha – to ward off any bad luck! Then, the madness begins! Streets close and instead are used for something you can only dream about in Western regions of the world…A massive water fight! Don’t be too stubborn if you get soaked, just have a bucket full of water handy for revenge!

I know what you’re thinking…This must be a lovely festival for families and animal rights advocates where they gather together, play with animals and sell tofu dishes right? Wrong. This festival is certainly not for the faint-hearted! However, for those who can stomach it, it’s great fun! Although celebrated virtually everywhere in Thailand, Phuket is the epicenter. 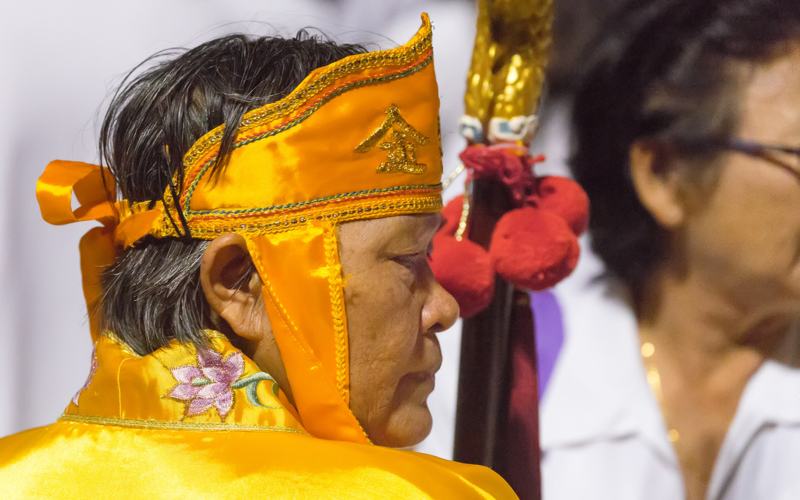 This 9 day festival begins the night before the 9th lunar month, according to the Chinese calendar (in Western terms, October). This festival is so unusual and that’s why visitors are attracted to it. So, what happens during this mighty festival? Well, many religious beings will be demonstrated and practice traditional rituals on themselves and each other. What are these traditions, you ask? They include impaling one's cheeks, facial features, legs, arms and basically anything that can have a hole put through it…And before you ask, of course, there’s no anesthetic! You’ll see people kind of skinning other people, not removing the skin just slashing it enough to be flipped over…I guess they want to see what the flip side looks like? 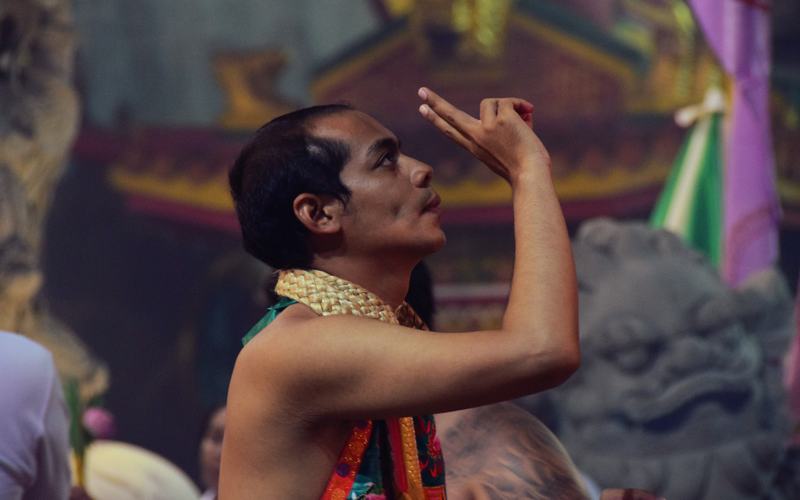 People will walk around with gashes to various parts of their body, done by a sword, knife or ax and also a very popular ritual is the slitting of the tongue. Delightful. The most ironic part of this festival, I think, is the fact these rituals must be performed inside or near a holy temple…In case you are worried about some random Thai devout coming up and cutting your tongue into two, that will most certainly not happen. There are medics on standby, for both participants and spectators! Why? Why would this be a festival and tradition? It is believed that by completing these actions, the devoted people are proving just how devoted they are to their religion.

In contrast with the vegetarian festival, the Loi Krathong Festival is a lot calmer! Translating to “to float a basket” this festival involves making and decorating little floating baskets (krathong) and releasing them into the river. You’ll find this festival throughout Thailand in November, usually. Traditionally, krathongs were made with a banana tree trunk or that of a spider lily plant, however, in recent times they are made with bread or Styrofoam.

Styrofoam is sometimes banned though because it is not edible for the fish and they cause pollution. Maybe this is more of a vegetarian festival? Competitions are held for the most beautiful krathong and they are set onto the river on the night of the full moon. Fireworks have become a recent display during the festival, which makes it all the more beautiful.

This festival marks the beginning of the rainy/wet season in Laos. Usually taking place in April-June, this festival is celebrated in Laos and Thailand.

Celebrations in Laos include music and dance performances, float competitions and competitive rocket firing. However, Yasothon in Thailand holds a huge celebration, usually in mid-May, over the course of a 3 day weekend. Fridays usually feature performances that go on all night, Saturdays are for competitions and street parades, folk dances and floats with adult humor, in honor of fertility. Sundays are reserved for the competitions of the launching of the rockets (Bangfai). An extra special, fun element is that if a participant’s rocket misfires, they are thrown into a puddle of mud!

The Chinese New Year is celebrated widely throughout Asia, however, the Vietnamese New Year falls on the same date. This means Vietnam is definitely the place to be for this festival! The festival usually falls sometime during January or February. These celebrations generally last about 3 days, but they can go on for up to a week! 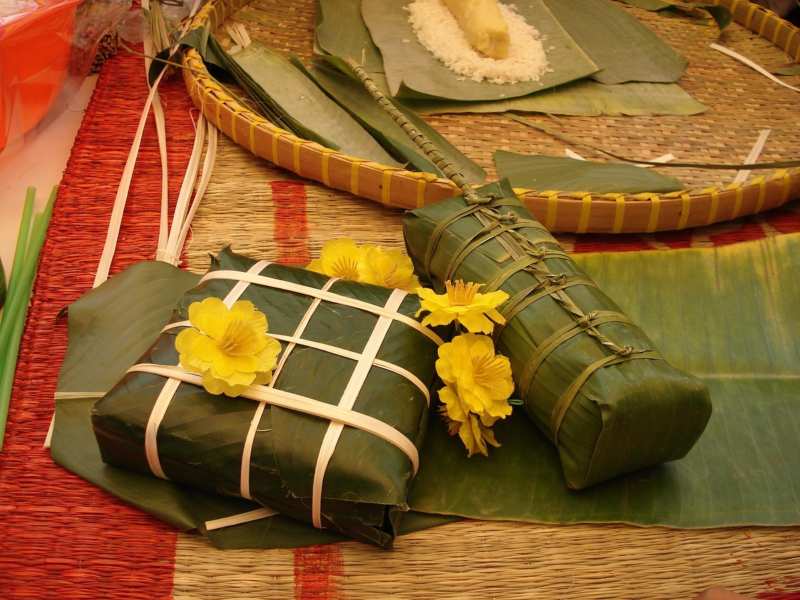 The Vietnamese prepare for Tet by cooking and cleaning tirelessly because this festival is a time to be with family. Bamboo soup and sticky rice are favourites around this time! Tet can be celebrated in different ways, depending on the region you’re in, however, usually the elderly give the children money and graves of ancestors are cleaned. The Vietnamese believe that the first person to enter the house on the New Year will determine their luck for the rest of the year. So, don’t be wandering in uninvited, just in case! Although, a lot of people leave their houses after midnight for a few minutes and return again so that they are the first to enter. You’ll also find public performances to watch on the streets, which are really lovely!

This translates to ‘The Cambodian Water Festival’. Generally celebrated in November, this festival celebrates the beginning of the dry season and the reversal of the Tonle Sap River. Phnom Penh is probably where the biggest celebration is and everyone gathers for events such as boat racing and concerts over the course of 3 days. During the festival, you’ll see Ak Ambok, a ceremony named after a dish made up of rice, the Sampeah Preah Khae ceremony which is performed to salute the moon and Bandaet Pratip which is where there are various lighting boats floating along the water, each representing a government ministry or state institution. 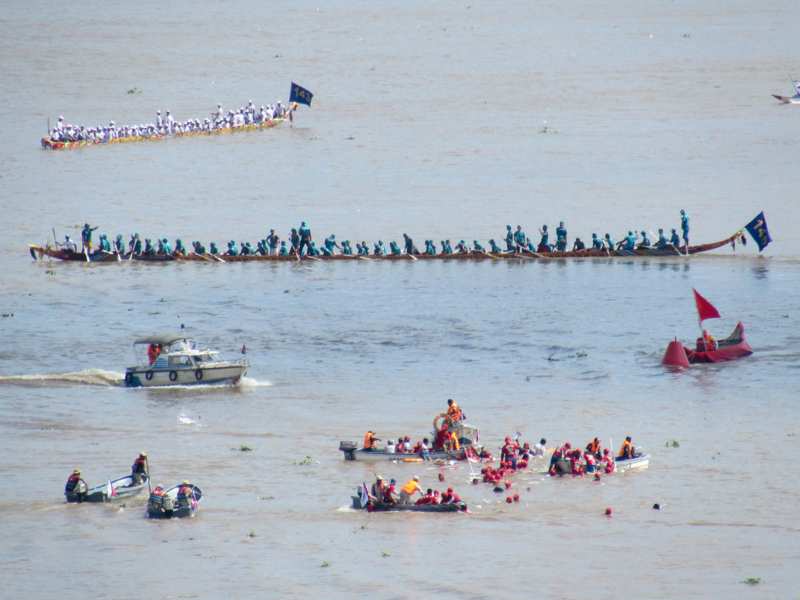 These are only some of the wonderful festivals in Southeast Asia! Make sure to drop by and experience any one of them during your trip – whichever one appeals to you!