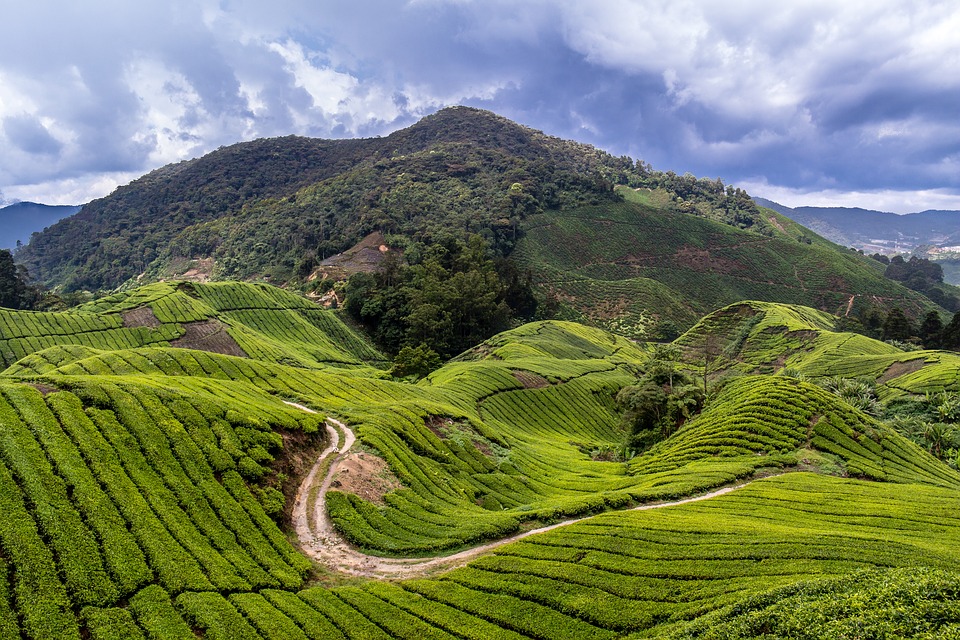 6 Cool Climate Destinations in Southeast Asia All Year Round

Southeast Asia terrain has so much to offer other than fancy white sand beaches. You may think that it’s all sweat and heat here, but alas, this is not always the case. In fact, there are multiple destinations with ‘coolish’ weather all year round that make you sometimes forget that these belong to tropical countries.

For cool weather enthusiasts, these 6 destinations below can cool down your heart and make you eager for a once-in-a-lifetime trip to Southeast Asia. In that case, no need to hesitate to reach out to Exotic Voyages' travel experts, who are always more than ready to accompany you on your journey. If you still feel wavering, simply send us a message and we'll provide you the most conformable tour to your needs. 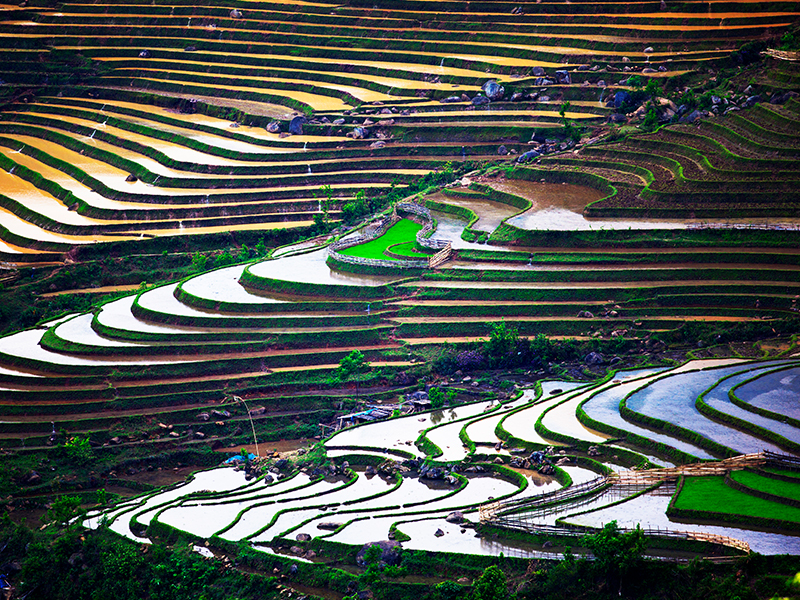 Sapa is one of the few geographical towns that are blessed with the most ideal climate conditions in Vietnam. The town is located in Lao Cai province in north-west Vietnam and is the residence for many ethnic minority people.

The weather typically remains cool and chilly throughout the year (average weather falls between 20 to 25 degrees Celsius degree) compared to its heated urban counterpart cities like Hanoi or Ho Chi Minh City. While the destination is usually overcrowded during summers, September-October and April-May are the best time to visit for full experience and immersion.

Surrounded by immaculate rice and corn fields with the extended Hoang Lien Son mountain range that can touch the clouds, Sapa is the kind of place that can melt the heart of any nature lover. It is a good place to walk around and explore the city and its people. During the exploration, it is very likely that you will encounter many local handcrafting stores and vendors, so remember to bring back to your home some carpets and scarves for vibrant decorations. 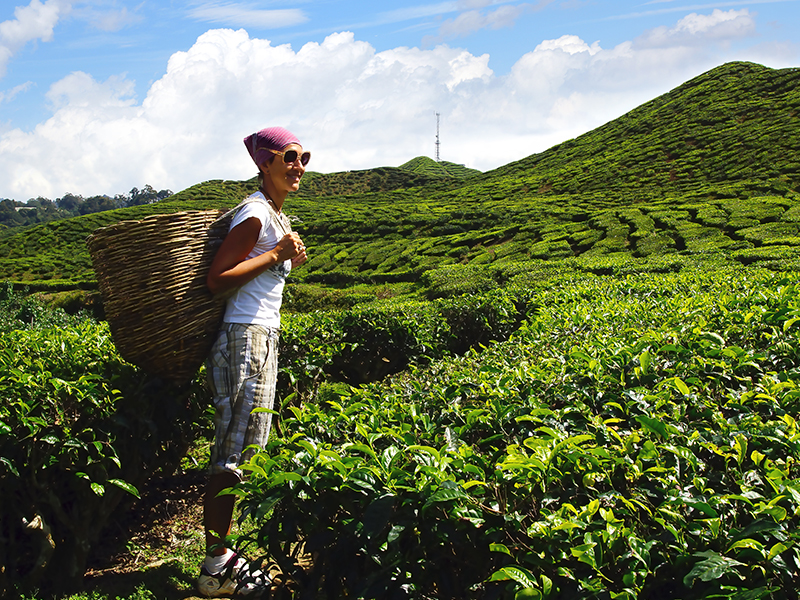 Most tourists would take Penang as one of their first go-to destinations in Malaysia, yet they will miss a great deal if they omit Cameron Highlands on the list, where the weather is far more likeable compared to the main state. The western name can be explained by William Cameron, who discovered the region in 1885 while going on his expedition. As influenced by the British colonization, the district now is filled with old-style English cottage houses and villages across the area, possibly bringing certain nostalgia during your trip.

The district’s weather averagely fluctuates around 20 Celsius degrees with occasional rains, making this a chilling harbour for travellers who want to get off the city for a while. Even better for passionate photographers, the highland contains abundance of agricultural farms and plantations, which can easily turn your photos into most gorgeous backgrounds of all time. One of the most visited plantations is the Boh Sungai Palas, where it’s all about tea and the delicate smell of tea. The green color stretches to the horizon as far as it can be seen. Once you have entered the tea field, you will be lost in the greenness. The nearby Boh Cafe also makes a good stop in a cool weather day with creative dessert including cheesecake with salted egg and pineapple. 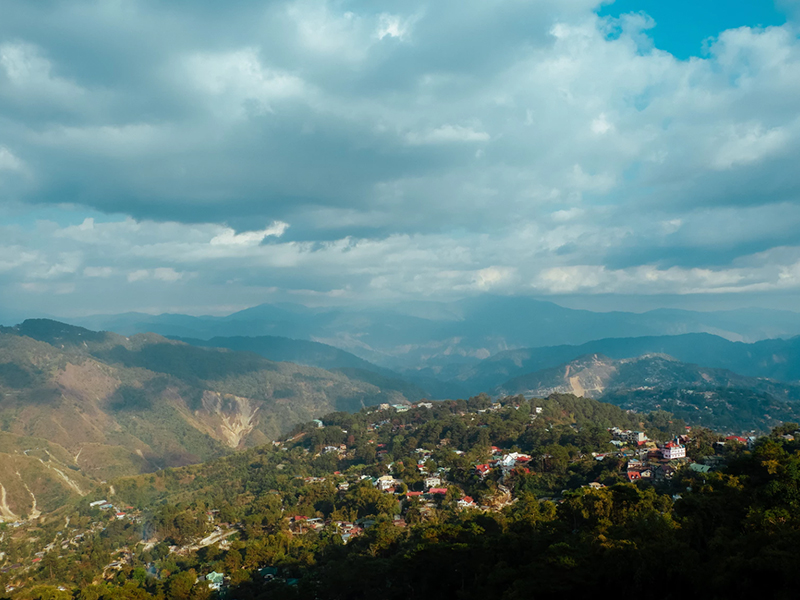 The city lies 1450 meter above sea level in the center of the Luzon island on Cordillera Administrative Region. This can explain that unlike its sibling cities, Baguio is favoured with more breezy weather temperature with constant fluctuation between 18 - 21 Celsius degree. The summer capital is familiarly called the ‘city of pines’ and is the first city of the Filipinos to enter the UNESCO’s Creative Cities Network list.

Baguio confidently has the coolest weather compared to other parts of the provinces in Luzon with mesmerising views to dive yourself in. One of the most attractive destinations is the Mines View Park, from which you can overlook the mining town of Itogon along with shiny gold mines from the Benguet Corporation as well as other spacious views of the city. Amusingly, Baguio is known as the strawberry capital in the Philippines, one of the unique attributes that are unavailable in other cities. Due to cool temperature, strawberries are given an ideal environment to grow and thrive throughout the year, particularly from November to May. This makes a perfect opportunity for you to go on a strawberry picking day in La Trinidad, Benguet and relish the juicy fruit as much as you want. 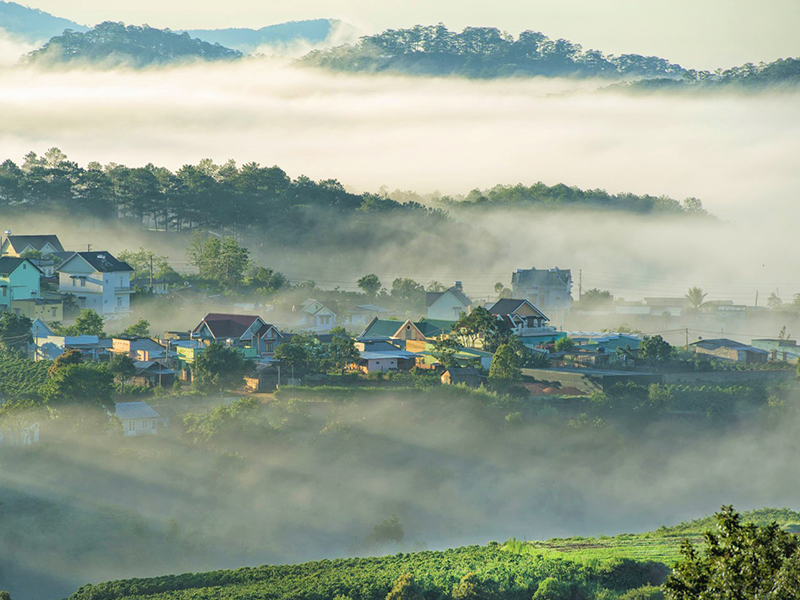 Da Lat is the symbol of the charming delicacy of Vietnam. The tropical temperature may be evidently present in other Vietnamese big cities, but you wouldn’t notice it in a city like Da Lat. There’s a reason why it is known as the ‘City of Eternal Spring’, the weather is as delicate as the city itself, with mild and springlike vibe around the year, making it a splendid place to go for some sightseeing of the blooming pine forests with marigold flowers and even cherry blossom (in the winter). You can also easily see the miniature of the Eiffel Tower constructed by the Da Lat Television, bursting out from buildings and in the middle of the city. The Eiffel Tower is not the only thing that delivers Paris vibe, it is the sense of romance that hits right into you while walking in the Valley of Love. It is where couples come and go and leave a bit of their love in the air and among lush green grass plot and curling hills. You can follow the track leading to Vong Canh Hill to see the flirtatious view of the Langbian peaks facing against the sky and the soft streams of the surrounding river streams. 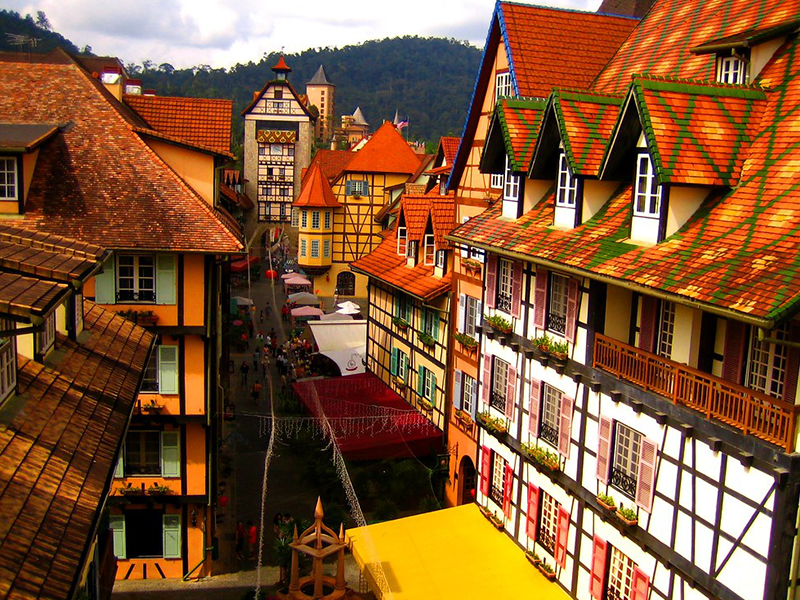 You may think of diving in all the white beaches of Bali when it comes to Indonesia, but there’s much more than that. For a more special experience, head 90 km from Padang through the gorgeous Anai Valley up to Agam Plateau and you will arrive at Bukittinggi. Located 930m above sea level in West Sumatra, Bukittinggi is a charming city with a comfortably cool climate, usually between 16-24°C.

With both active and inactive volcanoes nearby, there are plenty of things to do for those who love some bolstering outdoors actions. In the outskirts of Bukittinggi’s hill town in the Minangkabau highlands, lies this breathtaking canyon which the locals call Ngarai Sianok, or the Sianok Canyon. The panoramic view is exceptionally beautiful in the early morning as the first sun rays pierce through the mist covering this deep valley with majestic Mount Singgalang turning up hazily in the background. There are also stunning rivers, forests, rice paddies and canyons to conquer on your journey in Ngarai Sianok. 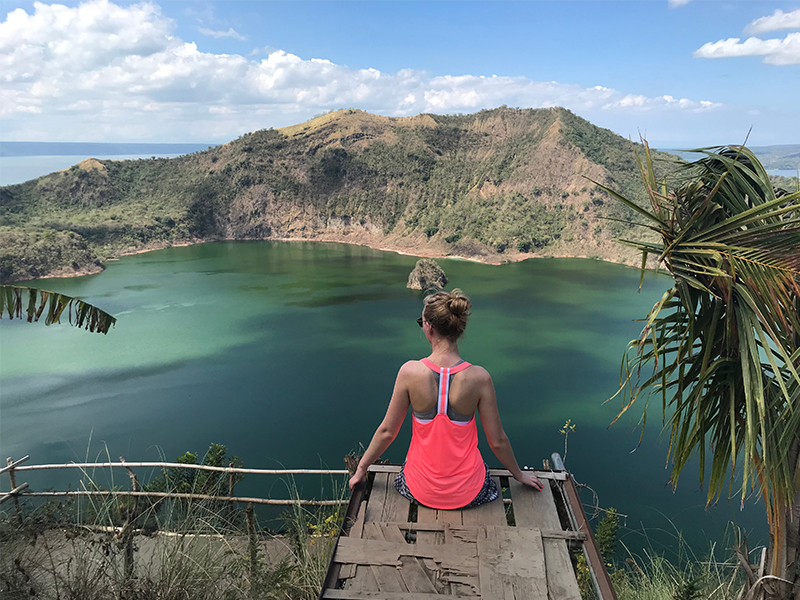 When it comes to chilly weather, you can always count on Tagaytay, a second class city which is situated in Cavite Province of the Philippines. On average, the city’s temperature is around 24 degrees Celsius and it’s mildly colder from December to February.

Speaking of Tagaytay, it is a must to honor Taal Volcano and Lake - the proudest symbol of the region. Taal Volcano is the second most active volcano in the Philippines and belongs to the list of the most deadliest 16 “Decade Volcanoes” around the world with the recorded 33 eruptions and more than 47 craters. The volcano rises on the center of the Taal Caldera Lake. Here's the funny part, there is another smaller lake formed inside the volcano’s crater due to the accumulated water. In the middle of the small lake pops up another tiny island on the water surface. This explains the inception-ish nickname “an island within a lake within an island within a lake.''

Aside from giving wonderful selfie opportunity and admirable natural landscapes, the feeling of standing on one of the most perilous volcanic destinations is enough to make a try.