The hottest destination in Asia, visit Myanmar in my mind is The Land of Longyi Rhythm on the streets. Longyi is the Burmese traditional dress that looks like a cloth worn around the waists of both men and women. People say Myanmar is the country of leisure because of its enriched Buddha spirit. Burmese people seem to enjoy leisure right in their busy lives. It sounds strange but true if you have a chance to visit this pretty country once. This is what travelers are impressed the most in Myanmar. In the heat of sunny days and the humidity of the hidden thunderstorms in the canopies of leaves, the Burmese pace seems slower and more sluggish. The life is also slowly passing by as the short leisure steps of walkers, cyclists, trishaw riders (Trishaw is a special vehicle of Burmese, which is a three-wheel cycling vehicle with a passenger seat directly behind the paddler), dignified officials, school students, and housewives. Everyone is passing by with typical short steps because they are all in Longyi. 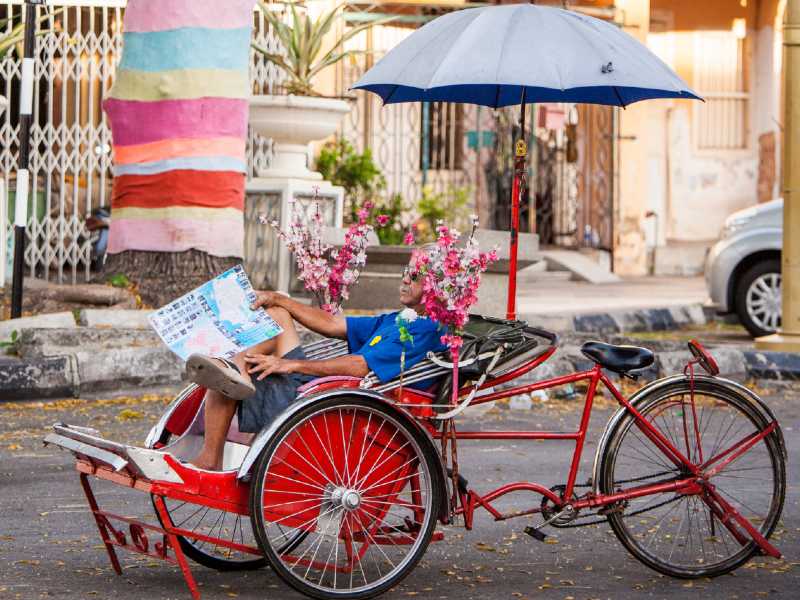 Photo by Yaopey Yong on Unsplash

Visit Myanmar is full of curiosity and interest with this Longyi. It conceals an exotic world of traditional culture and lifestyle behind the colorful Longyi. Longyi in Myanmar is considered national costume. It is suitable for the climate of Myanmar and the Buddhism culture. Longyi is long enough to show the respect for the Buddha when entering shrines and comfortable enough to avoid the extreme heat in summer and the cold of sudden showers in a rainy season.

Burmese men never feel inconvenient with their Longyi, it catches up in the rhythm of short steps. They have various ways to wrap the Longyi, even more than the ways to make a tie in Western costumes. It reflects the social status of the people and even their characteristic, their personality. Some wrap roughly and tie a big knot in front of their stomachs, other make a nice knot carefully and neatly, tuck their shirts into the Longyi as well as a long wallet, peaceful as if there is no pickpocket, relaxed as if they are never afraid of falling Longyi Burmese women also wear Longyi, which is more charming and sophisticated with printed flower patterns, worn around the waist and fastened without a knot. Children nationwide wear green longyi with a white shirt to go to school. From the farmer doing heavy manual works to the intellectuals and officials feel comfortable with their own traditional Longyi. 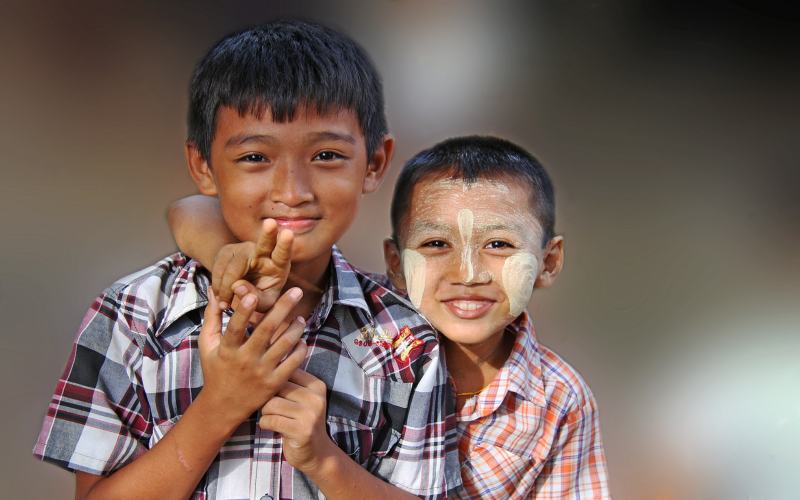 The rhythm of Longyi is leisure as the life pace of Burmese. Burmese men have to retighten their Longyi about … 30 times a day. It falls down when they walk in a hurry, cycle so hard, and even withdraw the wallet too quickly. On my exciting excursion through the pretty land of Myanmar, I have met numerous colors of Longyi, some are simple and elegant, other outstanding and sophisticated. I fell in love with the simplicity and coyness Longyi brings to Burmese lifestyle, with the colorful Longyi hung on balconies of old blocks of apartments. I love mysterious dances in an old monastery in Bagan by the dancers performing charmingly while holding their Longyi to avoiding being felt. I saw the Longyi wrapped up neatly looking like a short when Burmese playing football or sepak takraw and feel the calm of short steps in long Longyi.

It’s hard to find a national costume which can easily spread its spirit to travelers like Longyi. The feeling of wearing a Longyi on the street, smiling with a local and fluting the greeting “Mingalarbar” is really amazing. It seems that I’m a part of the society of these easygoing and cherubic people, who are not in a hurry with Longyi rhythm.