Most Famous Women In Vietnam History

On March 8th, women are honored. Every woman deserves to be honored. But there are women who are more honored by their great contributions to the nation and people. Hai Ba Trung, Queen Mother Y Lan and Queen Ngoc Han are such women.

Two sisters Trung Trac and Trung Nhi were brave women heroes launched and led people to revolt and to smash the colonial government of the Eastern Han Dynasty, and established the independence of autonomy within three years after more than 200 years immersed under the yoke of the feudal dynasties of the North. 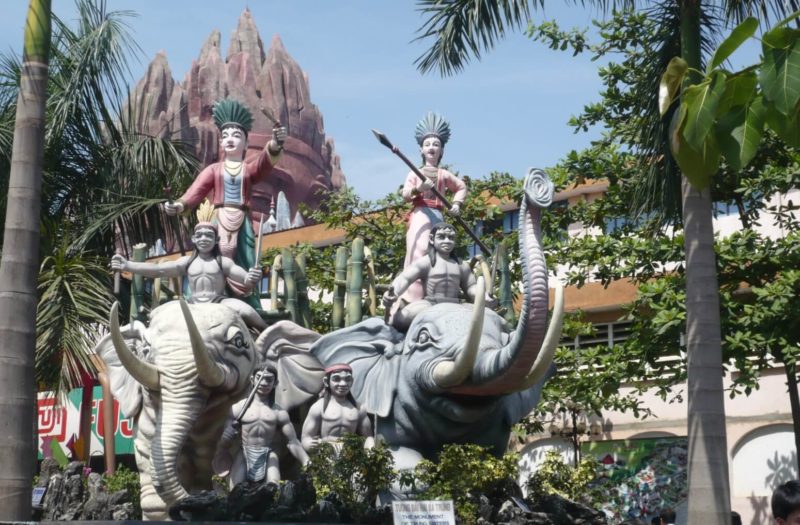 Y Lan was the wife of King Ly Thanh Tong in Vietnam history. She was a beautiful country girl who still calmly picked up strawberries when Ly Thanh Tong went. He was astonished when she was intelligent and gentle.  The king decided to marry her. She had many positive contributions to Ly dynasty. Y Lan had twice as a regent. In 1069, Ly Thanh Tong led his troops with Ly Thuong Kiet to attack Champa and gave his power for Y Lan. Also in that year, Dai Viet, unfortunately, faced large floods, crop failures, and disorders. But thanks to her policies, chaos had been quelled and starving people were rescued.

In 1072, Ly Thanh Tong died suddenly, Prince Ly Can Duc was a  7-year-old boy ( King Ly Nhan Tong), she was regarded as Queen Mother. Y Lan controlled the country and was advocated by Ly Thuong Kiet to beat Tong military. When Tong military invaded (1075 and 1077), King Ly Nhan Tong was less than 10 years old. Y Lan had ignored the old dislike and invited Ly Dao Thanh from Nghe An to be responsible for moving the soldiers to the frontline. Being very knowledgeable about Vietnamese Buddhism, Queen Mother Y Lan built hundreds of temples. Thanks to the stories between her and the Ly dynasty monks, we now know the spread of Buddhism in Vietnam.

In Vietnam history, there is a well-known female character and mentioned most. It is Princess Le Ngoc Han (1770 - 1799) - 9th daughter of King Le Hien Tong and at the same time as the Queen of King Quang Trung.

Being good at poetry,  Ngoc Han was loved by Nguyen Hue who considered her as a rare great man. Besides, Nguyen Hue loved her because of her talent. She took charge of holding the key documents, giving titles to female scholars, and teaching the children and women maids. Additionally, Ngoc Han also became a trusted partner in the fields of culture and education and simultaneously appeased her husband in many other important works as advise her husband to end the conflict with Nguyen Nhac.

Female General Nguyen Thi Dinh was born on 15-3-1920 in Luong Hoa Commune, Giong Trom District, Ben Tre Province. She was the youngest of 10 brothers. She had lived in a large family and it was difficult to go to school like everyone else. Despite not learning much, she was very intelligent, sensitive and savvy enough. She liked reading many stories, especially Luc Van Tien written by Nguyen Dinh Chieu. 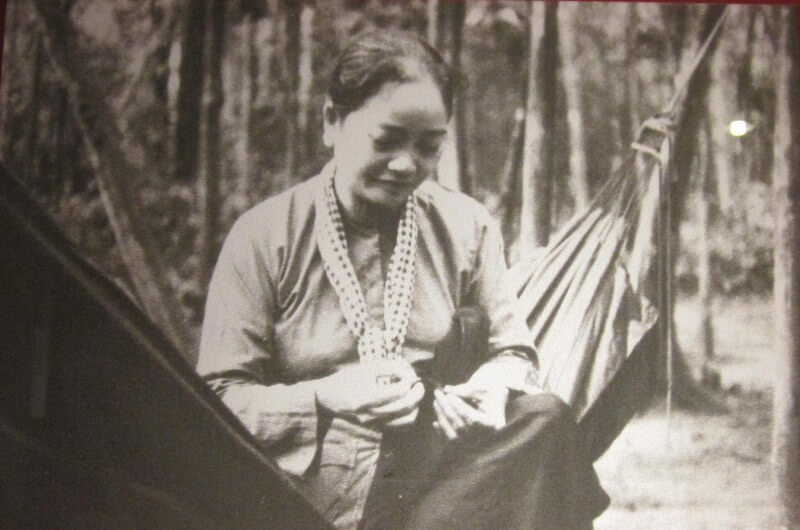 She participated in the revolution from the age of 16, two years later was in the ranks of the Communist Party. But at a young age, thanks to a strong will and fierce patriotism, she was selected as a captain for the first voyage to the North to report to the Party and Uncle Ho about the battlefield situation of the south and ask for support. In 1974, she has appointed the rank of Major General. She was very compassionate, generous, and tolerant, and lived in harmony with people.