14 Dec, 2016 | Travel Blog
From the ultimate guides of each destination, secret beauties, amazing things about food and culture to top suggested resorts and hotels, our travel blog is meant to help you travel Asia at ease and experience the best moments there without any hesitation.

Travelers coming to Vietnam are always craving the strong taste of the famous Vietnamese coffee, like visiting Japan to experience tea culture. In Vietnam, coffee is more than a beverage; it’s a way of life. The people here know how to drink, appreciate, and take the coffee culture as an integral part of their daily life. Here in Asia, we do not see many countries like that.

Since the start of the 20th century, coffee production has contributed to a significant amount of income for the economy. By the late 1990s, Vietnam had ranked second in coffee production, surpassed only by Brazil. However, production was mainly concentrated on Robusta beans with rather poor quality. In recent years, more focus has been putting on improving the quality of coffee with the widespread planting of Arabica beans.

In Vietnam, the heartbeat of coffee production is found in the vast Central Highland. There are numerous large producers here, most notably Trung Nguyen -  a local product. Many smaller farms now focus on clean and organic coffees to improve the coffee quality. Besides, several players including Nestle, who has been involved in the industry following economic liberalization in the 1990s.

The way that coffee is roasted, brewed, and enjoyed in Vietnam is different from the rest of the world. Here, coffee is slowly roasted for 15 minutes with low heat while around the world, the coffee machine is often used for this process. While machines are also commonly used to make a cup of coffee worldwide, in Vietnam, they load coffee into a filter. It is then left to drip for a much more intense flavor than an electric brewer. This is also how traditional “Ca Phe Phin” is made. 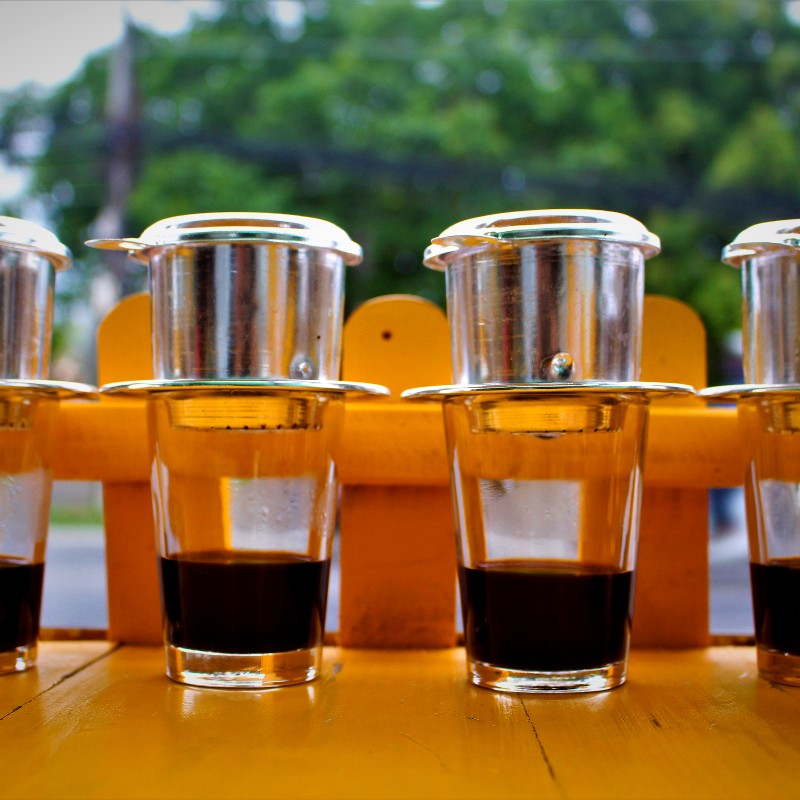 Two kinds of coffee that Vietnamese people often take are Ca Phe Nau (coffee with condensed milk) and Ca Phe Den (black coffee). In Northern Vietnam, people often order Ca Phe Nau Nong or Ca Phe Den Nong (Nong means hot) in winter to warm them up. But overall, Ca Phe Den Da (iced black coffee) and especially Ca Phe Nau Da (iced coffee with condensed milk) are more regular. Condensed milk plays an important role in coffee culture in this country. When the French first introduced coffee into Vietnam in the late 19th century, there was a lack of fresh milk. Therefore, the French and Vietnamese people began to use sweetened condensed milk instead to add flavor and sweetness to their coffee. Gradually, this becomes a habit for coffee drinking in Vietnam.

Ca Phe Trung (Egg Coffee) is a new drink. Started in Hanoi but it has soon become famous throughout the country. Ca Phe Trung combines the sharp taste of coffee and the creamy flavor of egg yolk. There are 5 coffee houses in Hanoi that we believe sell the best Ca Phe Trung in town. 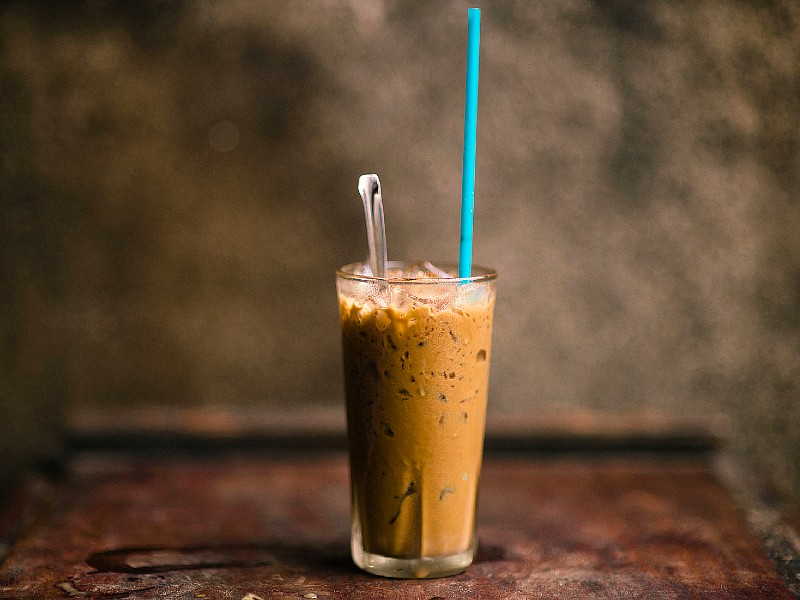 How to experience Vietnamese coffee

If you’ve never tried Vietnamese coffee before, your first time will be surely memorable due to the strong, liquor-like flavor. Only the brave should try Ca Phe Den (black coffee), the others should stick with Ca Phe Nau (coffee with condensed milk) for a smooth and fragrant taste. There’re also some quite different ways to enjoy coffee in Vietnam such as egg yolk coffee or yogurt coffee, which I assure you taste better than they may sound. Be sure to try some of them in your next Vietnam tours. With the arrival of several international coffee powerhouses, including Starbucks, some people are afraid that Vietnamese young generations will put their national coffee into oblivious. Let’s hope that will never happen and traditional Vietnamese coffee remains an important part of the cultural experience in any Vietnam culinary tour.