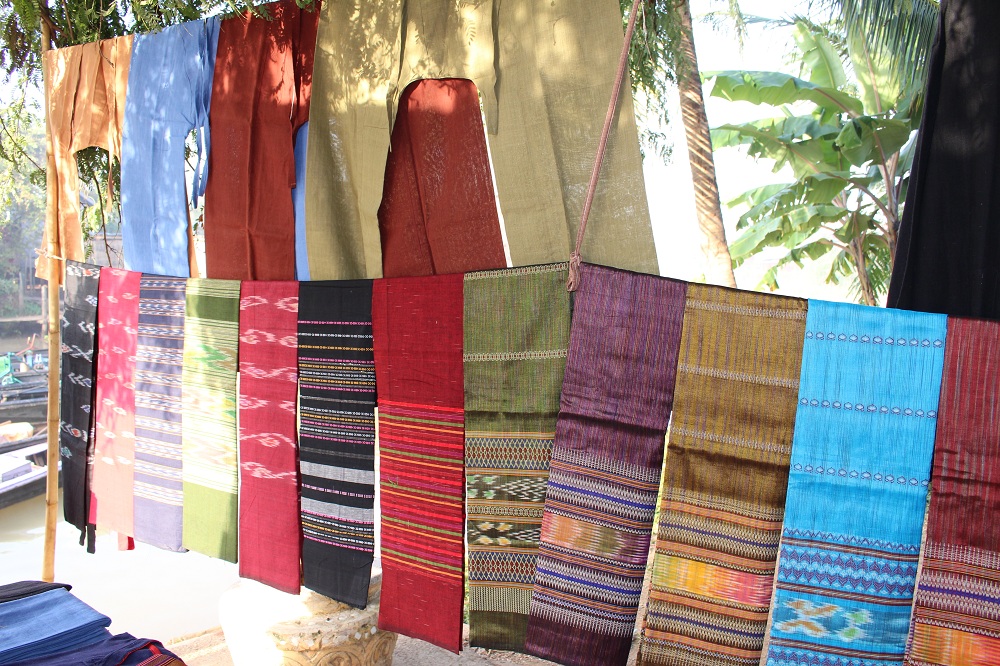 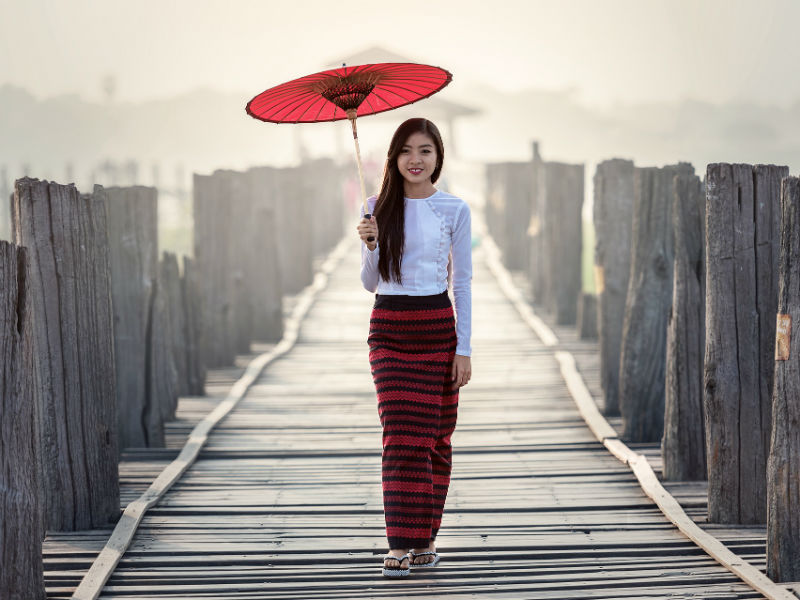 Traditional costumes of Myanmar consist of two sets, one for men and one for Burmese women. The traditional costume of the men is called Longchy (sewing pants and tight pants) combined perfectly with the shirt or jacket called Taipon (traditional clothes). The "dresses" for men are different in size, suitable for any shape of the body. There is one interesting thing is that men's dress was strapless and tied with a simple operation; therefore, they often have to adjust the skirt when they move frequently. Longchy has no pockets, so if they want to carry cash, mobile phone, or other personal items, they have to put it outside and around the skirt. Burmese women’s traditional clothes are Thummy. Thummy is similar to Laos or Thailand’s dress. Both Burmese women and men wear flip-flops. Besides the traditional costume, Myanmar people wear European clothes on many occasions and when they wear suits, they wear shoes. 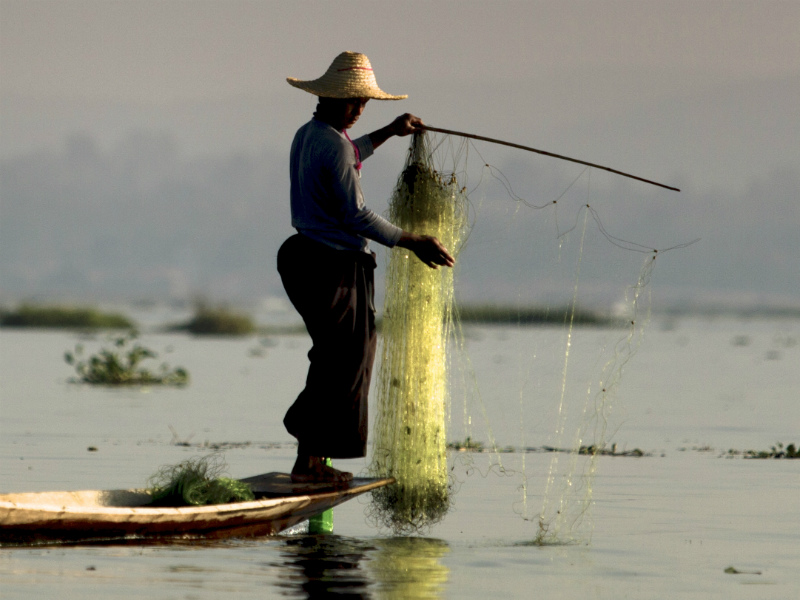 A Burmese man in Inle Lake

Generally, men will wear dark-colored checkerboard longyi while women wear colorful longyi with many different textures. They just change the style by changing the materials, textures, and colors of longyi. And it is associated with all kinds of clothes, from T-shirts, shirts, jackets, to vests.

People of other countries, only wear traditional clothes on special occasions and events of in national festivals. However, Myanmar traditional costumes are worn every day in daily life because they are a kind of comfortable and brisk clothes, and very suitable for the hot weather of this country. The manipulation of wearing traditional costumes of Myanmar people is very simple; therefore, they are easy to take in and take off those clothes when needed in everyday life. And the more interesting thing is that when necessary, these traditional costumes can be pulled up and become the “raincoat”, the sun shirt, or maybe enrolled to make a stable substrate for Burmese women to carry commodities (fruits, rice bags, foods). 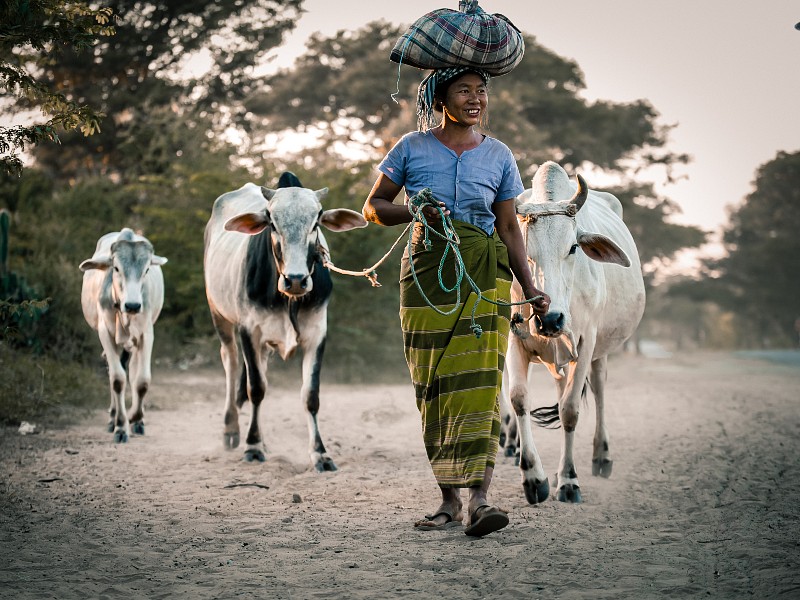 It is discernible that Myanmar people are not euphuistic in the way of dressing as well as that of lifestyle. Myanmar or Burmese women rarely make up even on special occasions. Therefore, when tourists come to Myanmar, they will certainly have the feeling that this is a simple, closed nation and the people are very sincere, friendly. Going to Myanmar, trying wearing their traditional costume, talking to the people, I am sure that you will love them and have a good impression on them.