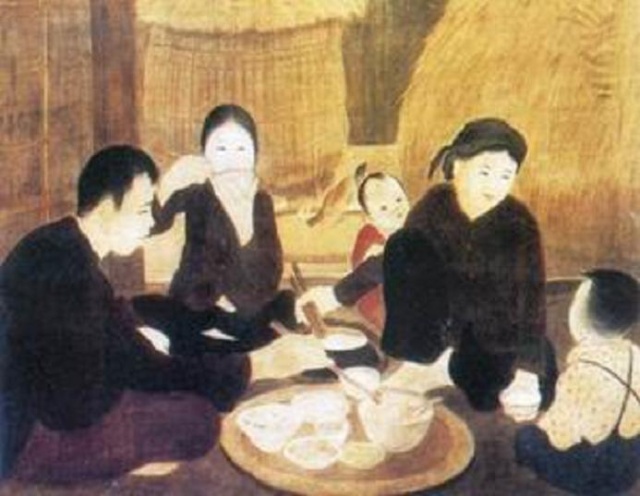 Vietnamese silk painting was born in the 1930s and quickly gained a foothold in the background in Vietnamese arts. There are many silk painting artists but the first one to be mentioned is the artist Nguyen Phan Chanh. 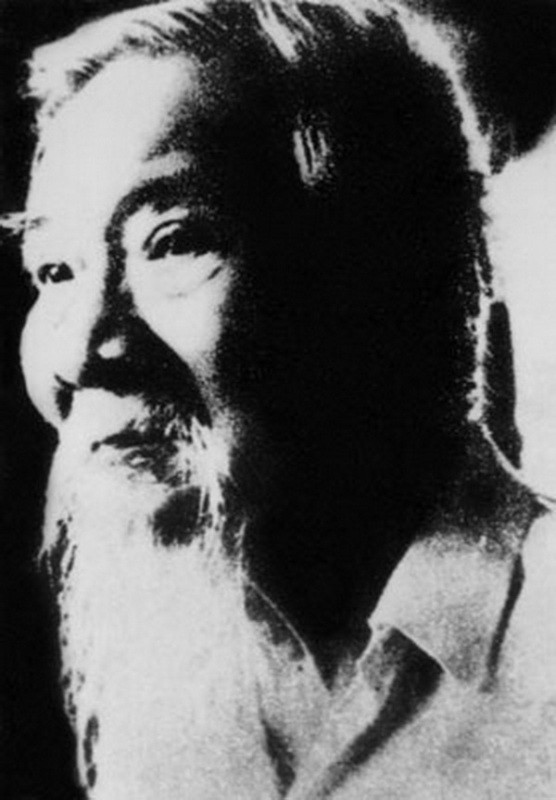 Be seen as laying the foundation for modern silk painting in Vietnam, Nguyen Phan Chanh has made a major contribution to Vietnamese modern paintings in the early twentieth century. Mentioning Vietnamese silk paintings, we refer to Nguyen Phan Chanh because he was the one who searched and explored the techniques of modern silk paintings. Although Vietnamese silk paintings had appeared in Vietnam since the Le dynasty  with two works of Nguyen Trai and Phung Khac Khoan portraits, it was well known by the success of Nguyen Phan Chanh. Nguyen Phan Chanh was born in 1892 in Ha Tinh. In 1922, he graduated from the College of Pedagogy of Quoc hoc Hue. In 1925, he continued his studies at the Indochina Fine Arts College. In 1928 he started painting with his first oil works “Me bay cho con dan len” (The mother teaches the kid to knit. In the same year, he began to study Yunnan silk paintings. In 1931, his famous works “Choi o an quan” (Mandarin square) was born, followed by works such as “Co gai rua rau” (The girl washing vegetables) and “Em be cho chim an” (The baby feeds birds). 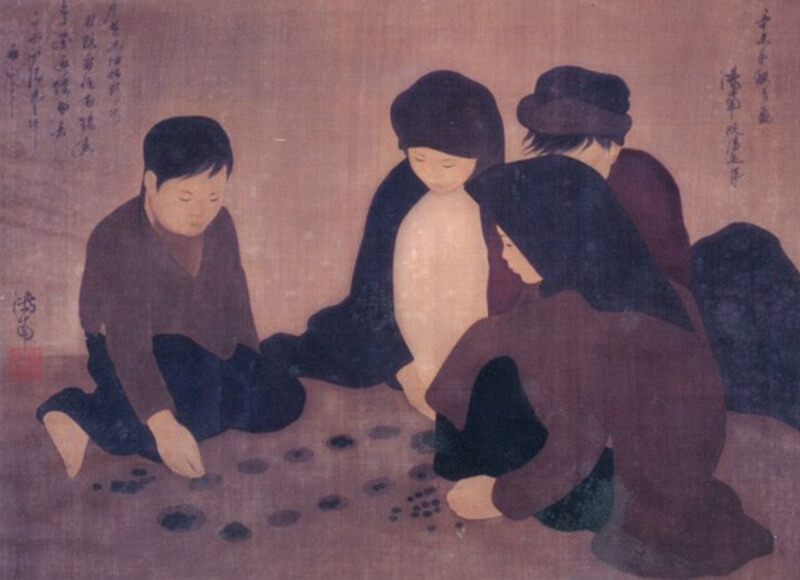 In spite of being trained entirely in the Western style, Nguyen Phan Chanh loved national traditions and was interested in calligraphy art. He soon revealed his  love for silk paintings. His paintings are clever combinations of the iconic style of Western and the thought style of Eastern. See his paintings, people feel that they are soothing, uplifting, warm bass, and extremely elegant. The genius of the artist is also reflected in the space that really makes the viewers feel "lost" in the works. In life as his rt, he composed over 170 works, of which there are many famous works such as “Nguoi ban gao” ( rice seller), “Trang lu” (Moon) and “Tien Dung and Chu Dong Tu”. 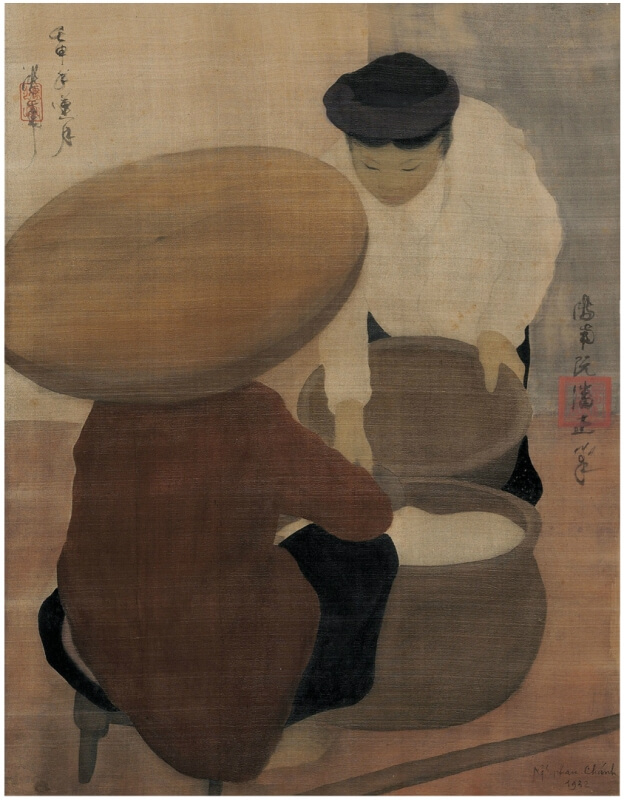 The most well known is probably “Choi o an quan” (Mandarin square) . On the smooth silk, the artist portrayed four children playing the folk game. They were shown a very fine way. Look at the picture, it felt like being back in the past. 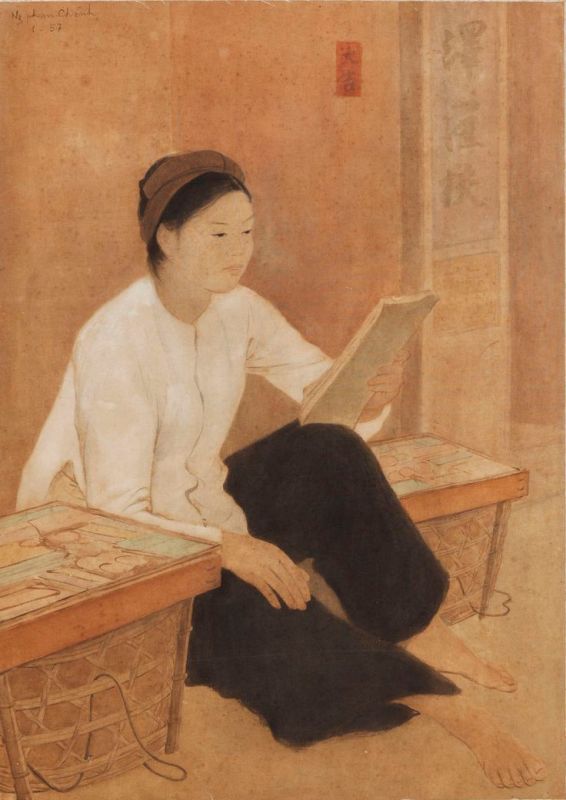