07 Sep, 2018 | Travel Blog
From the ultimate guides of each destination, secret beauties, amazing things about food and culture to top suggested resorts and hotels, our travel blog is meant to help you travel Asia at ease and experience the best moments there without any hesitation.

Pho has named Vietnam into the world food map

Pho may be the most well-known dish in Vietnam. Just its name is enough to put Vietnamese cuisine into the world food map. You can find this bowl in any place of the country. From a luxury restaurant in metropolitan cities to an old stall in the remote mountains, each place has some changes to suit its local taste. Pho in Ho Chi Minh City is slightly sweet, Pho in Nam Dinh City is a bit salty from fish sauce, Pho in Lang Son has grill duck instead of beef. It’s hard to say which one is the best but everybody implicitly admits that traditional Pho is only found in Hanoi.

To experience the authentic culinary of Vietnam, see our Vietnam food tours. 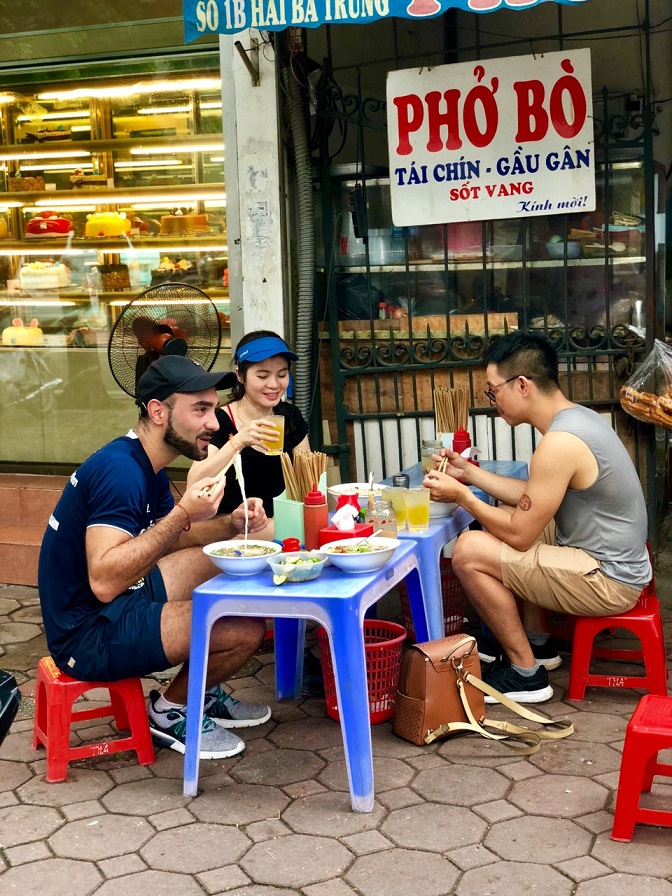 Pho is a popular breakfast in Vietnam. Most of the visitors think it is a must-eat dish when they visit this beautiful country.

A distinctive smell that no one can resist

From a distance, you are easy to find the nearest shop just by following its aroma. Pho has a distinctive smell that no one can resist. It stirs up your stomach, makes you feel hungry as if you are starved for all day long. It pushes your feet walking faster in the direction that addictive odor comes out so you can immediately satisfy your craving. And when you get closer, you see a feast for your eyes. Huge nice cuts of boiled beef brisket, plate, and short loin are hooking up over a big pot of boiling delicious broth. A large basket of white noodles arranged neatly, a small basket of green onion, and another one of bright red chilies. Whenever the vendor opens his hot pot, the steam vaporizes like a hazy mist embracing the delightful piece of Hanoi. 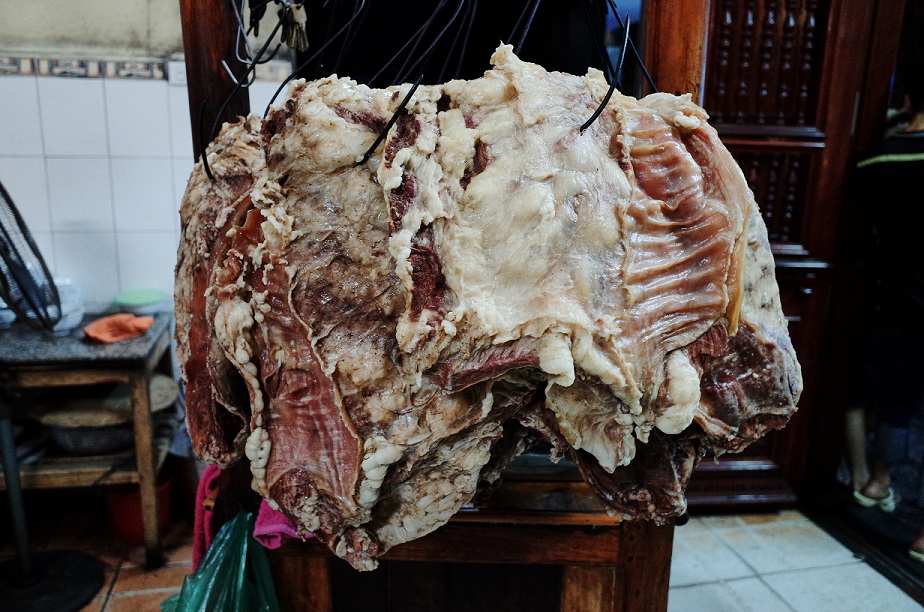 Huge cuts of boiled beef are hanging on the hooks, waiting to be served 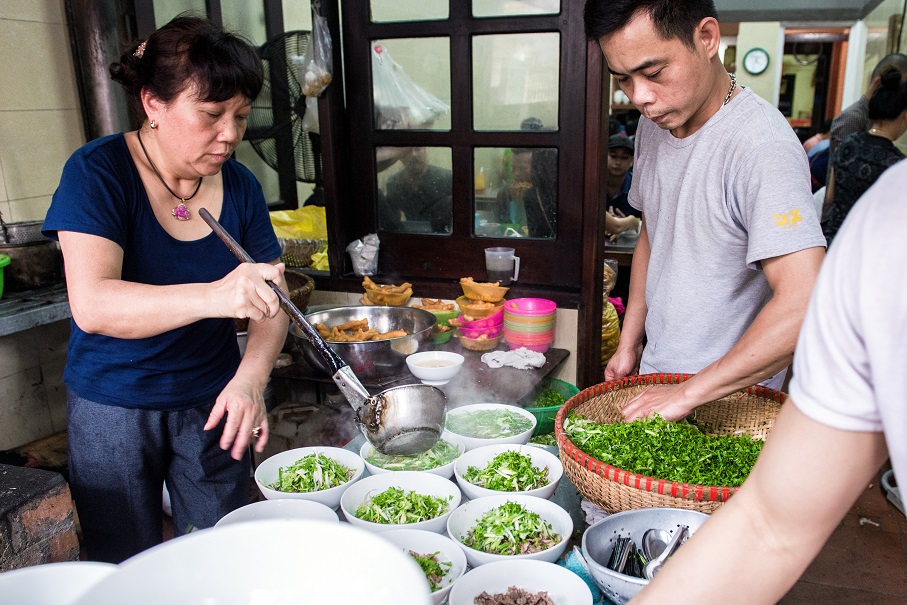 The shop owner is pouring hot broth into Pho bows. Pho has a delicious smell, it can stimulate your appetite very strongly 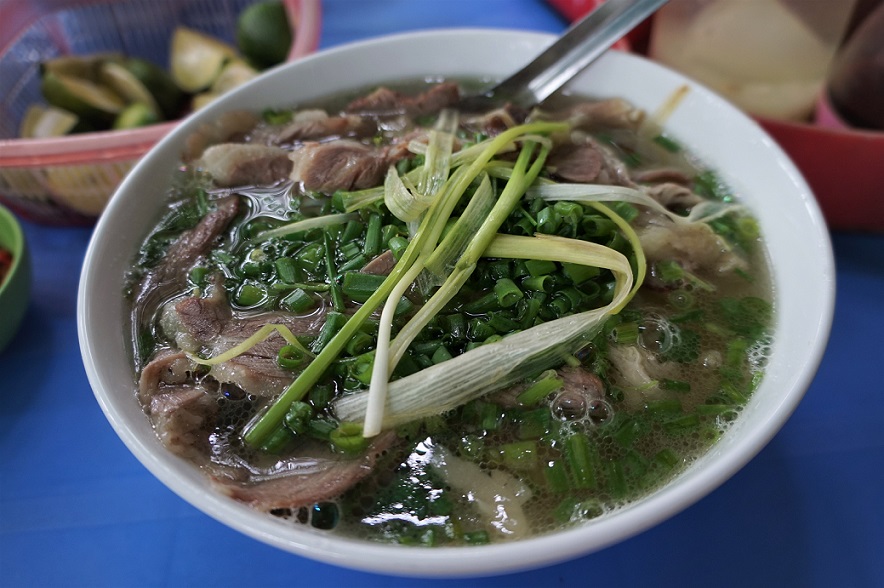 A traditional bow of Pho in Hanoi. There are noodles, slides of beef, chopped herbs and green onions.

The soul of Pho stays in its hot broth

Don’t be hurry to have your first bite even though you are hungry and your noodle looks tempting. To eat like a local, you should start with a sip of hot soup because the soul of Pho stays right in its broth. Decide which spices you need to make it tastier according to your taste. Lime, handmade chili-sauce, rice vinegar, and fish sauce are on the table, right on your reach. Pho has it most delicious when you have it hot. While eating, you occasionally savor the pleasant spicy of ginger, pepper, chilies and the aroma of fresh basil combining with the tenderness of noodles and softness of beef. That is when you know, you are having the best dish ever. 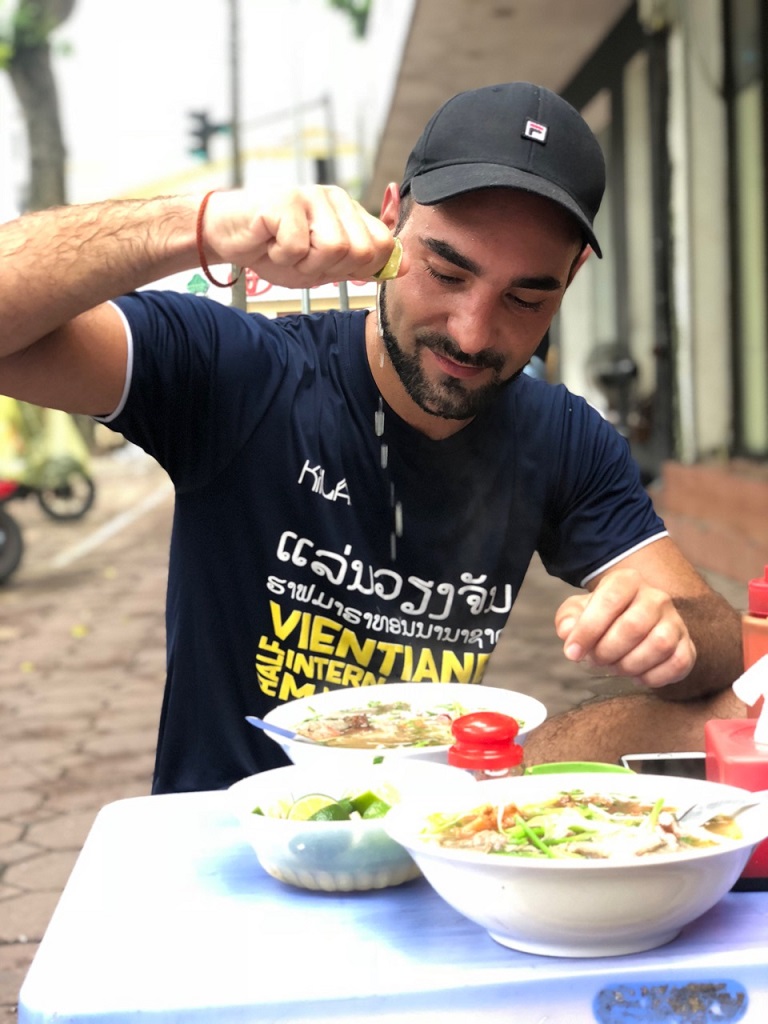 To have the best taste, squeeze a quarter of a lime into Pho, add handmade chili-sauce and rice vinegar then mix them up. 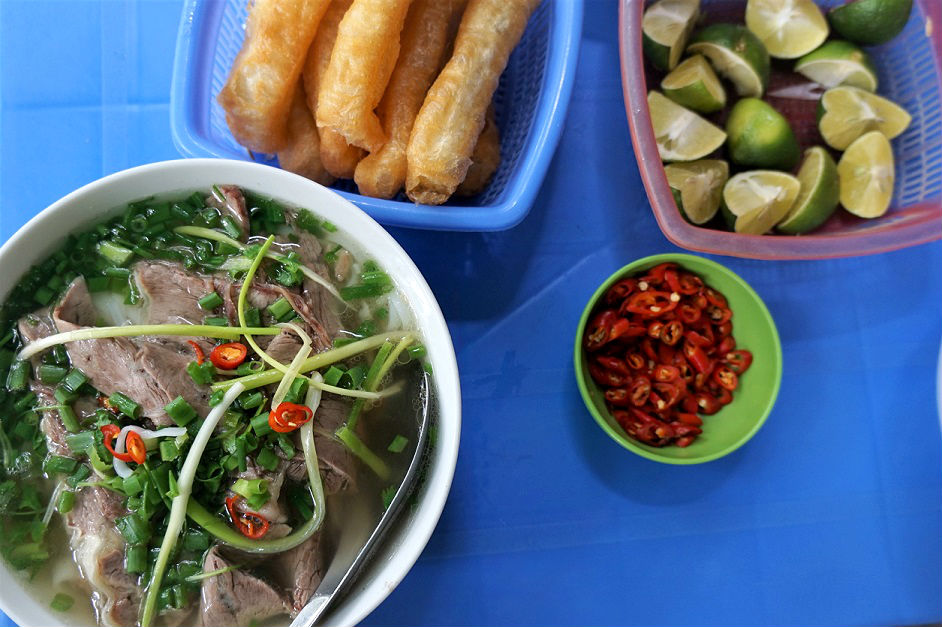 Local people often have Pho with Quay (Stick Doughnuts). You dip the doughnut into the hot broth and enjoy.

Every food has a story behind it. So does Pho!

People are still questioning about the secret of making the best Pho’s broth. Monosodium glutamate is not enough to create that taste. Some say that’s of the fish sauce. Others say that’s dried sea worms or dried squirt arms. But you can forget all these rumors unless you are going to open a restaurant. If your noodle is tempting and appetizing, that’s enough for a big eater. Once, I went with a lady who lives in Ho Chi Minh City to a Pho restaurant in Hanoi. She ordered a Pho “with bean sprouts and veggies,” she said clearly. She was then confused when the seller looked at her curiously until I told her that Hanoians didn’t eat Pho with bean sprouts and greens like their brothers in the South. This small story shows the conservative characteristic of Hanoi people. They are eager to learn new things, but they will never change a traditional dish that is quintessential of their cuisine. 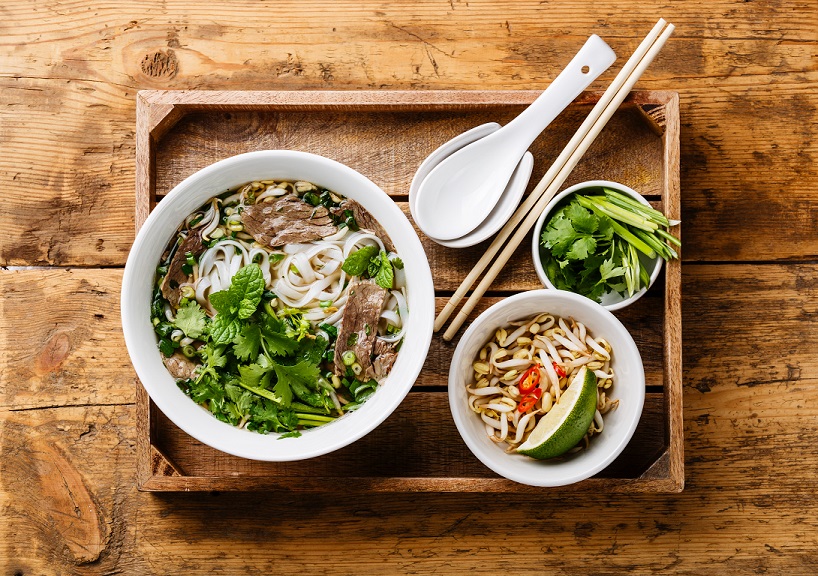 In Ho Chi Minh city, Pho is often served with bean sprouts and herbs. You won't see this in any restaurant in Hanoi.

Where you can have the best Pho in Vietnam: