29 Sep, 2017 | Travel Blog
From the ultimate guides of each destination, secret beauties, amazing things about food and culture to top suggested resorts and hotels, our travel blog is meant to help you travel Asia at ease and experience the best moments there without any hesitation.

Nine days and eight nights of incomparable sumptuousness and comfort.  That was the promise that Exotic Voyages made to Forbes luxury travel writer Jim Dobson.  In July this year, EV invited Dobson on an all-expenses paid trip to Thailand in order to put its services to the test, “James Bond style.” Dobson has been globetrotting for more than 30 years and has visited over 80 countries, and regularly travels alongside the rich and famous—so Exotic Voyages knew that his trip would be the ultimate litmus test.  Now EV is pleased to announce that Dobson has returned from his trip and has written up a review article covering his experiences in-depth on Forbes. The theme of Dobson’s vacation was itself one of matchless luxury—to visit the locations used in the filming of the classic James Bond film, The Man with the Golden Gun, all while immersing himself in the kind of extravagant lifestyle which Bond himself enjoys in his movies.  After consulting with Dobson about his vision, Exotic Voyages put together a custom tour to make his wildest dream come true. 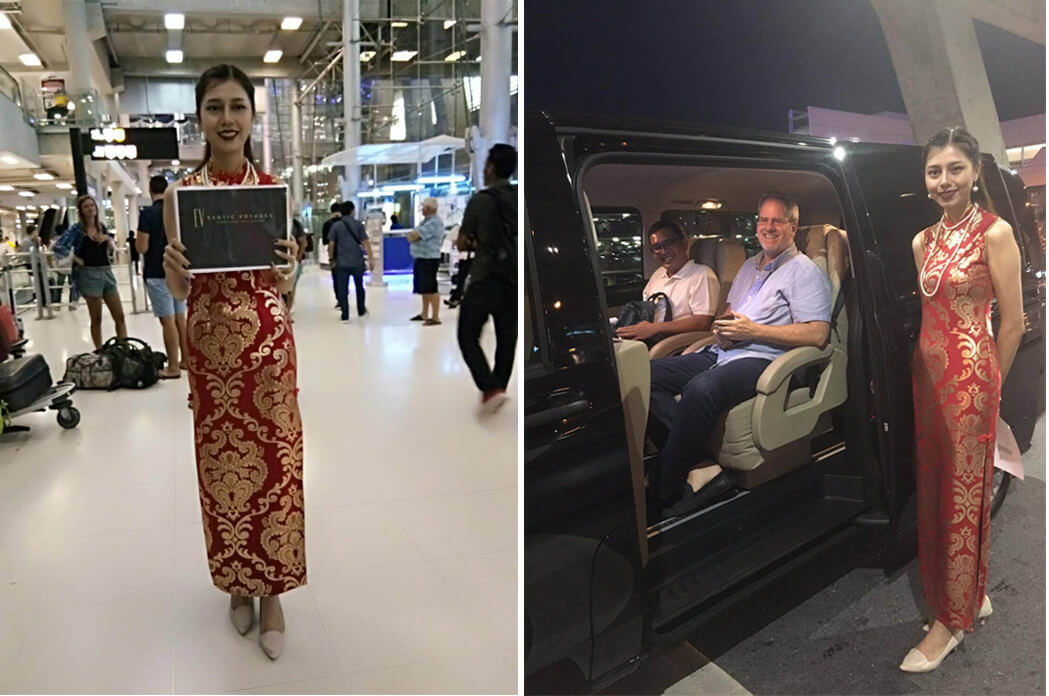 To launch his journey, Dobson arrived at Bangkok on July 5th, where he was greeted by a private hostess and guide at the gate.  Skipping the baggage claim lines, he received his luggage and was transferred to a private car and then to a speedboat which he took along the same Chao Phraya River which Bond himself traversed on an action-packed boat chase.  Dobson’s trip was of course more relaxing, allowing him to thrill in the exquisite scenery.  He then spent his first night in the historic Chakrabongse Villas, an estate quite literally fit for a prince. 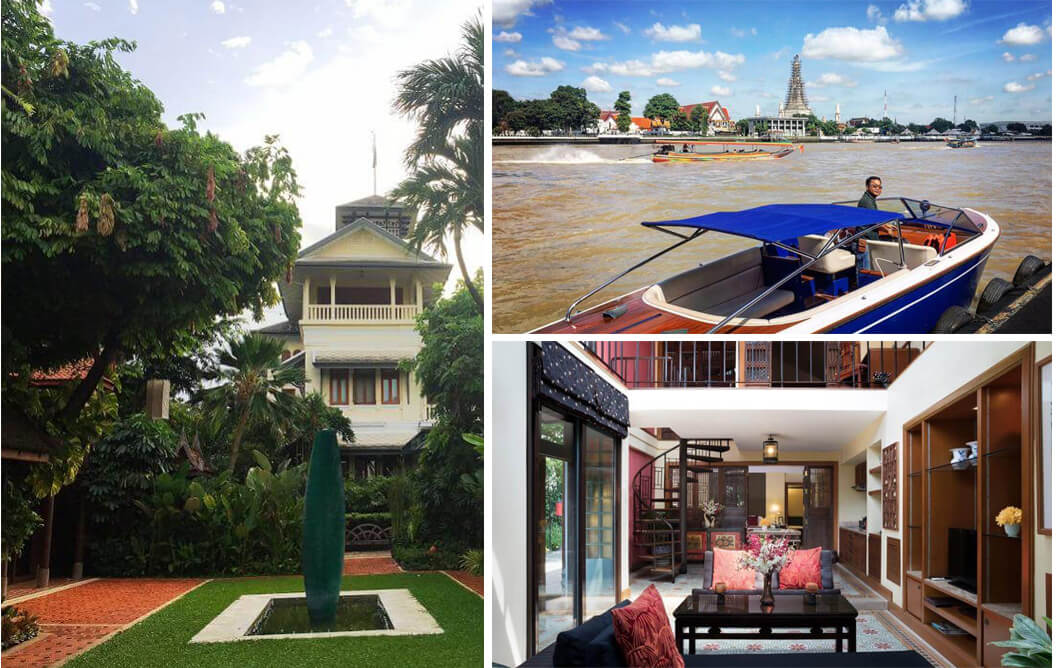 That of course was just the start of Dobson’s adventure.  The magic of his days would melt one into the next, culminating in an abundance of delights: A visit to the Wat Pho Temple in Bangkok, a relaxing stay in the Sarojin Resort north of Phuket, a close encounter with Thailand’s lovable pachyderms at Phang Nga Elephant Park, and of course a private boat trip to the famous James Bond Island. 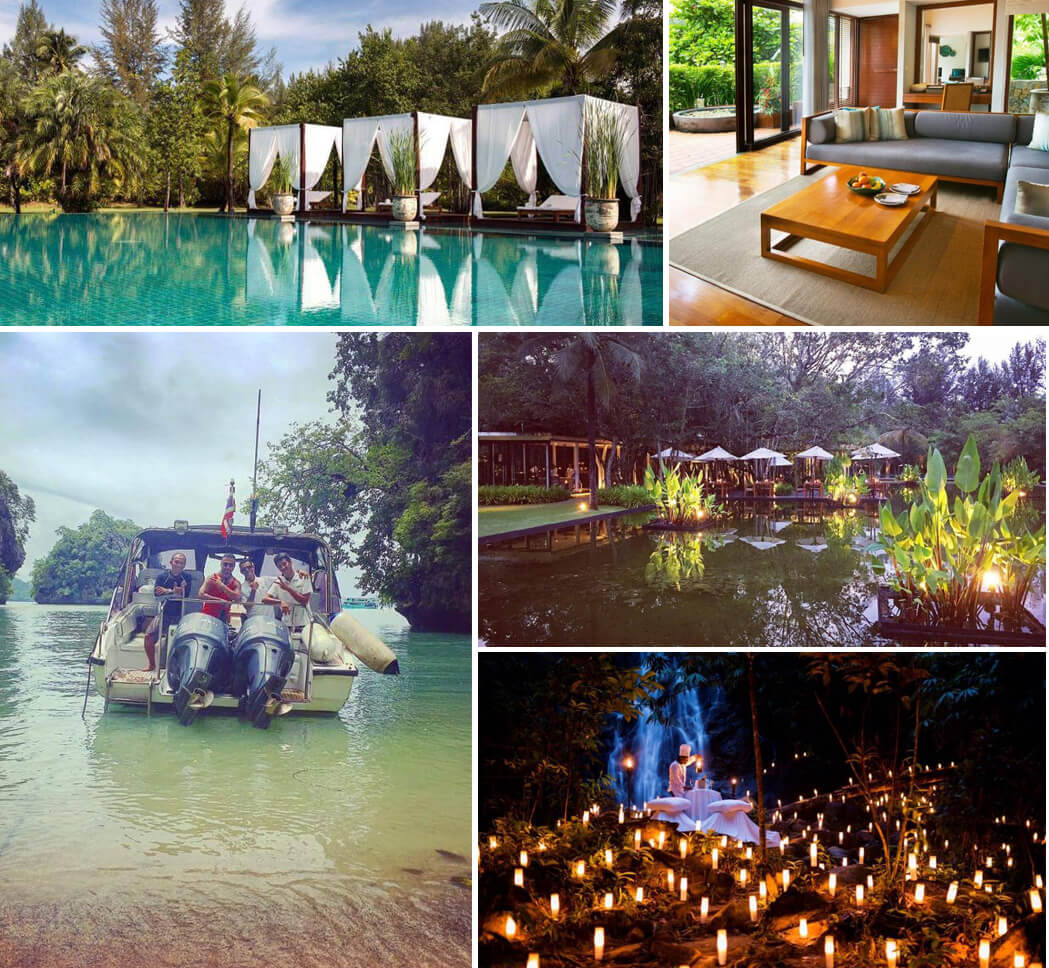 Through the entirety of the trip, Dobson received personal service and access to exclusive experiences and amenities not available to the swarms of tourists in Thailand.  He enjoyed gourmet meals served by candlelight under the stars, sumptuous spa treatments to restore both body and mind, and seaside accommodations at boutique accommodations such as Trisara Resort and Ani Villas. Indeed, a chance to experience Thailand’s most celebrated luxury resorts was one of the highlights of Dobson’s trip.  At Chakrabongse Villas in Bangkok, he slept in a two-story Chinese Suite offering a view of the Wat Arun (Temple of Dawn), while in Phuket, he was able to stay at the esteemed Sarojin Resort. The Sarojin is the favourite resort of EV customers travelling in the Khao Lak region.  Indeed, the hotel recently won two prominent travel awards: Conde Nast Traveller Readers’ Awards 2017 “Best Hotels in Asia & The Indian Subcontinent” (fifth year running), and Conde Nast Traveller The World’s Top 100 2017 (#18).  With a large terrace, spa relaxation pool, customizable excursions, and Thai cooking classes, The Sarojin offers every traveller the luxury stay of a lifetime. After departing The Sarojin, Dobson stayed at Amanpuri Resort along Pansea Beach where he enjoyed delicious Thai cuisine and tea service, spectacular spa treatments, and holistic training from a former monk.  Dobson said the experience was like feeling you are “among friends on your own island.” 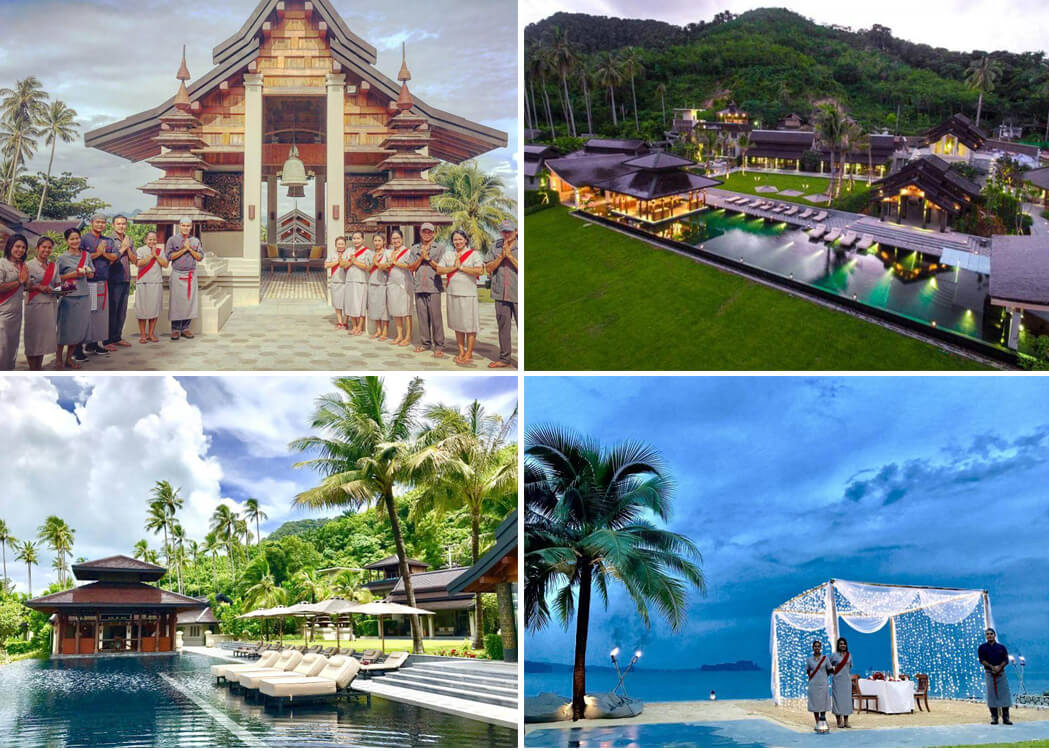 Next he had the pleasure of staying at Ani Villas, a boutique beachfront resort with a breathtaking view of the nearby karst formations.  This resort has prominent common areas, allowing travellers to share in dinners and other community experiences.  Dobson also commented on how stunning the ocean views were from the infinity pool.  Of the staff at Ani Villas, Dobson said, it was “one of the most beautiful travel experiences I have ever had with such amazing smiling faces and generous spirits.”

Dobson spent his last evening at the Trisara Resort in Phuket, enjoying a two-hour massage as well as a romantic dinner right by the waterside before heading home. Reflecting on his James Bond vacation upon his return, Dobson reported that Exotic Voyages, “is one of the few luxury travel companies that you can trust will deliver with private and customized tours to destinations in Asia,” and that his journey was at once “memorable and authentic.”  Dobson also praised the flexibility of the staff and their attention to detail, observing that, “they also custom craft your daily itinerary at a moment’s notice should you want to discover something different.” In short, travelling with Exotic Voyages combines the best of two worlds.  On one hand, vacationers are freed of the planning and logistics of putting together the perfect trip.  But on the same token, they are also able to enjoy the spontaneity and serendipity of travel to its fullest. Exotic Voyages is pleased to have had this chance to help Jim Dobson to discover a different side of Thailand, and to experience travelling itself in a whole new way.  Indeed, EV has made it a mission to make every traveller feel like James Bond, immersed in rarefied luxury every step of the way, from the moment they arrive at the gate to the moment they depart their destination.

Join us on a journey to create memories which last a lifetime.  Call us at +1 (888) 497-0068 to plan your James Bond vacation. This article is originally published in Travel In Style Magazine, Autumn issue 2017 by Exotic Voyages. Read more at /magazine/16th-issue/