This is the second part to a series of three blogs, the first of which is about Anthony Bourdain's ‘food-steps’ in the capital city of Hanoi. Continuing in the path of Mr. Bourdain’ travels throughout Vietnam, we take a closer look at the ancient capital city of Hue, home to some of the most sought-after Vietnamese culinary delicacies. Anthony Bourdain visits a local artists house, who specializes in a variety of ancient dynastic imperial cuisines, to further delve into the culture, history and the unique ‘feel’ of the city with a remarkably dark past, however still maintaining its very, very tasty culinary traditions to this day. Besides visiting a variety of relics from the distant past, such as the Imperial City within Hue, Mr Bourdain also pays homage to what are now famous war memorials, scattered around the city, that remains right below the former demilitarized zone separating the North of Vietnam from the South. Vietnam Food Tours - Anthony Bourdain's foodstep in Vietnam Part I and Part III

During his stay in Hue, he sampled what he has stated as being “the greatest soup in the world” - Bun Bo Hue, found in Dong Ba Market. This is the second featured Vietnamese dish native to Hue, in Bourdain’s episode five entitled “Vietnam”, season four of the series ‘Parts Unknown’. As Anthony himself had put it; “to my way of thinking, in the hierarchy of delicious slurpy stuff in a bowl, Bun Bo Hue is at the very top”. Bun Bo Hue is composed of initially making its broth by simmering various bones, lemongrass, spices and shrimp paste. A heap of rice noodles is placed at the bottom of a bowl, on top of which comes a generous chunk of succulent beef shank, patties consisting of crab meat, pigs foot and blocks of blood cake. Finally, the steaming noodle soup is decorated with a wedge of lime, cilantro, green onions, shredded banana blossoms, mung bean sprouts, and homemade chili sauce. Now, how tasty does that sound? 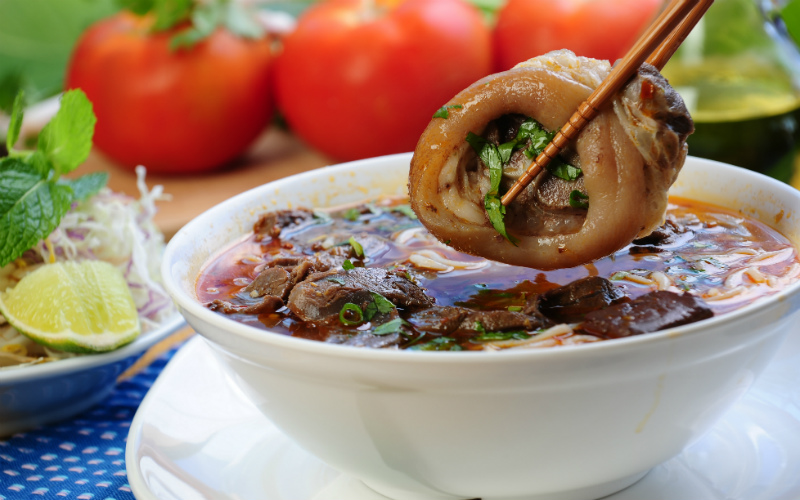 The dish Com Hen appears right in the beginning of episode five in season four of ‘Parts Unknown’. Mr. Bourdain delights about being back in one of his favorite places on earth: Vietnam, before he describes all of the things he needs for happiness; “low plastic stool - check, tiny little plastic table - check, ooh - something delicious in a bowl - check”. The dish is native to Central Vietnam, a local specialty originating from Hue. Composing this dish entails taking juicy little clams out of their shells and mixing them with mung beans, white rice, fresh green chilies, cilantro, roasted peanuts and fried pork rinds. Optionally the white rice can be substituted with rice noodles. Condiments that work well with Com Hen are fish sauce infused with fresh chili or simple sprinklings of dried chili. As Mr Bourdain works his way through his bowl of locally sourced delectableness, he exclaims “this is so delicious, I feel like an animal”. 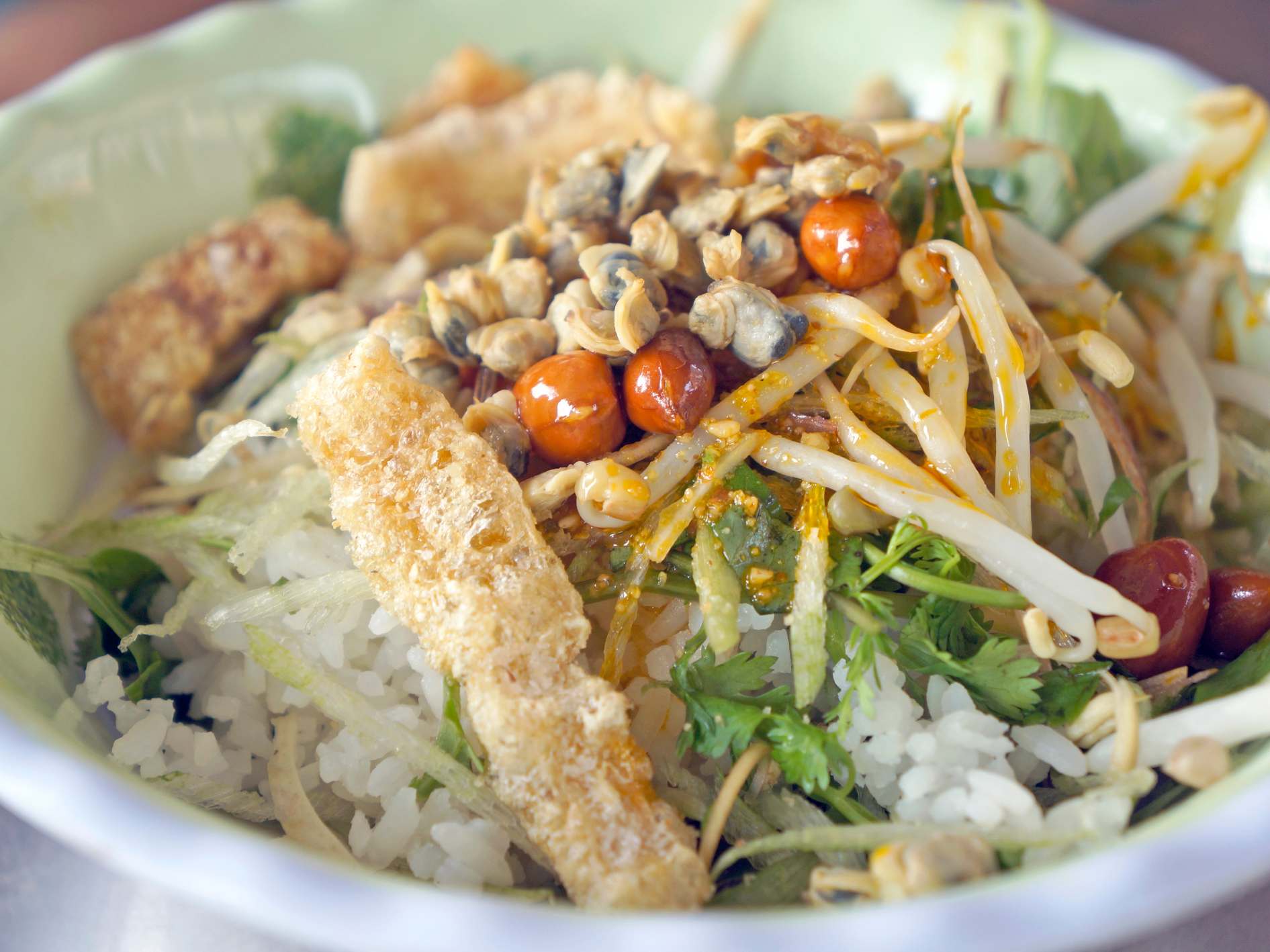 While in Hue, Anthony Bourdain visits a local artist who lives in an astoundingly well-restored compound, where traditional wooden houses stand proudly, resembling their regal past. The local artist is renowned for her immaculate ability to concoct a multitude of authentic traditional imperial cuisines, this translates to well over 100 different dishes. During the Nguyen Dynasty (18th to mid 19th century), emperors, or royalty would insist on having a variety of culinary options, or a new dish for each day. Due to such a vast amount of variety, Imperial Hue food consists of small yet beautifully presented dishes, which ultimately lead to paving its reputation of being the food capital of Vietnam to this day. Examples of such dynastic cuisine include eating swallow nests, which are doused in boiling water and cooked with chicken stock, then served with fresh crab meat. It cannot be ethically recommended to eat such nests, due to the swallow only producing two of them during its lifetime. Another example a dish dating back to imperial times is a soup, which begins by steaming the seeds of a local lotus flower, then crab roe is whisked along with red onion, pepper and seasonings, and added to the soup. Once simmered, it is delicately placed into small bowls and served. Dishes such as these not only boast healthy aspects but also behold rather deep symbolic meanings. 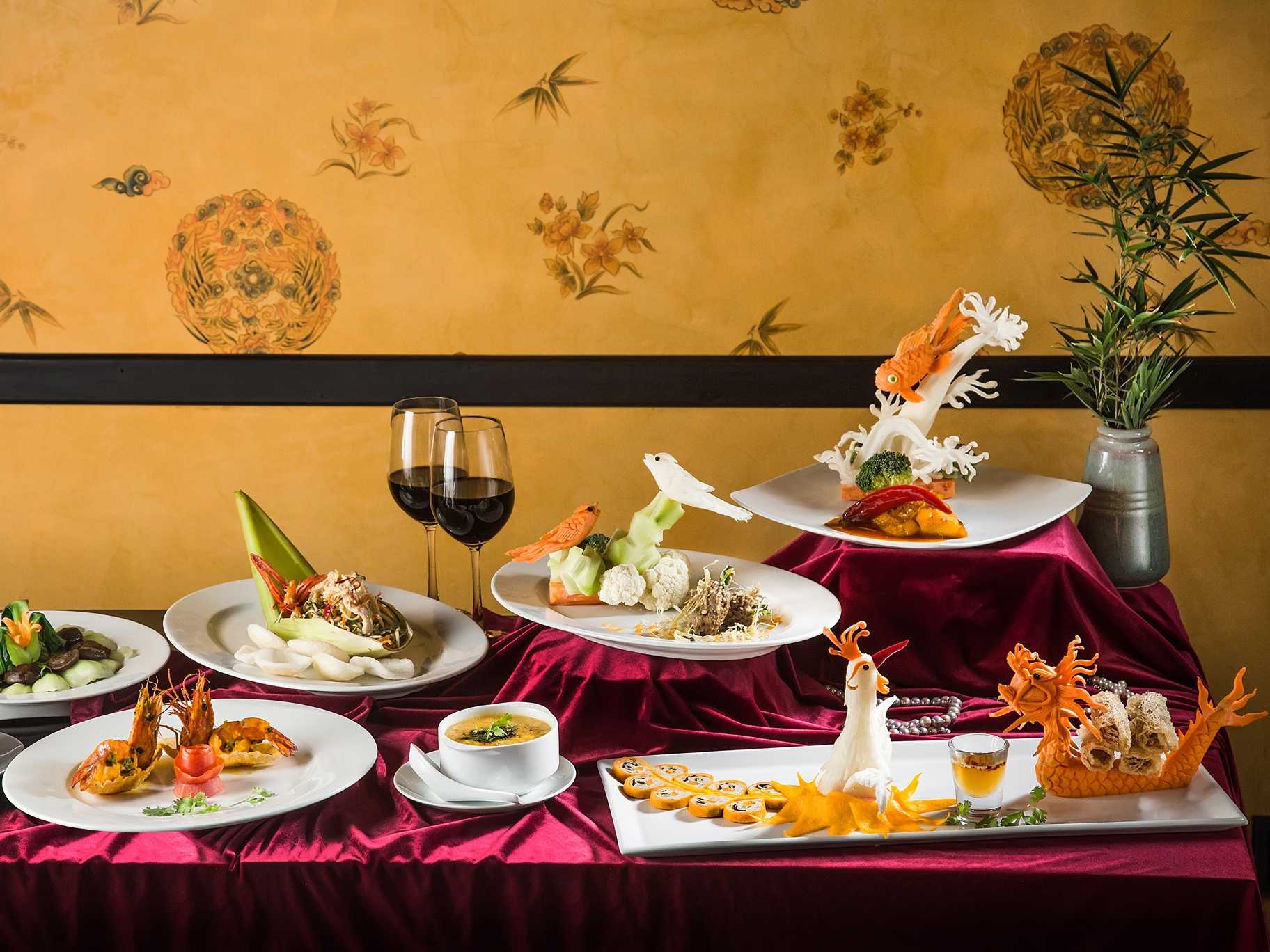 Price: Prices may vary depending on the location and which dishes are ordered.

Mr Bourdain meets up with a local writer and food-blogger Lan, to sample two additional traditional local foods in a quiet neighborhood situated in the outskirts of Hue. Banh Beo looks a bit like small molded pancakes made of rice flour, each laying in a small individually designated platter. Scattered on top are crispy fried shallots, cassava paste and crumbled-up dried shrimps. For a bit of fun with Banh Beo, eat as many as you can, then see who has the highest stack of small platters in the end!

Normally found in the same vicinity as Banh Beo, Banh Bot Loc catches the eye of the food-obsessed wanderer, Bourdain delights “Ooh, what are they eating in the banana leaf? Are we having one of those too?”. Banh Bot Loc is made of cassava, or tapioca with pork and a whole-shrimp then wrapped up in a banana leaf and steamed in a large cauldron. Lan explains to Bourdain that both the wrapping-up, as well as the unwrapping of Banh Bot Loc is an art form. Once unwrapped, the almost completely transparent end result is dipped into a fish-based sauce, with lemon, sugar and fresh chilies. 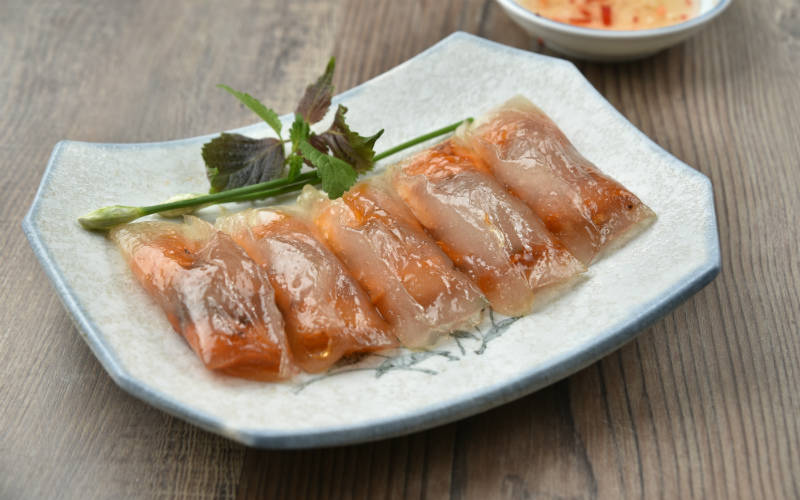 “This is the way so many of the great meals in my life have been enjoyed, sitting in the street, eating something out of a bowl that I’m not exactly sure what it is, scooters going by”. - Anthony Bourdain, 2014.

To encapsulate Anthony Bourdain’ visit to Hue, he spent time with a few dear old friends, basking in the tranquil atmosphere of this Central Vietnamese city, eating his heart out at some of his favorite foods, as well as discovering a few new culinary delicacies. He delved into the not-so-distant past of the Vietnam War, through the firsthand experiences of patriotic locals and visited some of the key sights in the city to further discover the rich culture, ancient history and significance of what Hue stands for in today’s world. 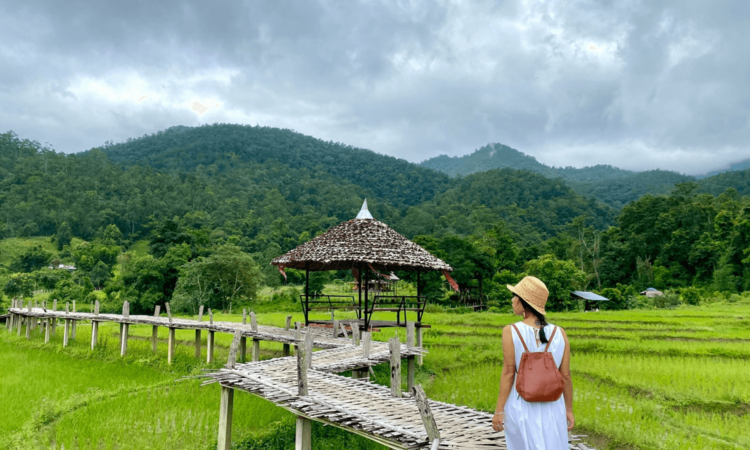