According to historical documents, from the 9th century to the 13th century, the ancient land of Bagan was the capital of the Kingdom of Pagan, the first kingdom which united the warlords and created the modern nation of Myanmar. In the millennium of this kingdom, from the 11th century to the 13th century, more than 10,000 temples, shrines, and Buddhist monasteries were built on the broad plain of Bagan with the total area of about 104 km2 in the banks of Irrawaddy River. These temples and monasteries have trained thousands of monks with Buddhism, architecture, astronomy, linguistics ..., and laid the foundation for the Irrawaddy River civilization - the origin of Myanmar modern culture.

Bagan is located on the bank of the peaceful Irrawaddy River

Bagan is divided into two areas including New Bagan and Old Bagan. The area where tourists love to visit the best is Old Bagan (Bagan Archaeological zone) with thousands of large and small temples. 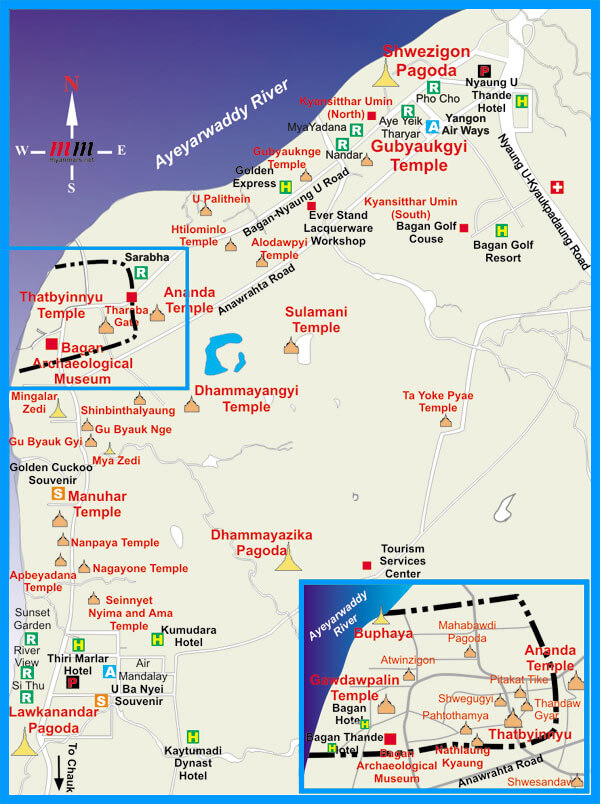 The map of temples in Bagan

Until now, after nearly a thousand years being devastated by time and by the war, there are still more than 2,200 temples in Bagan which are relatively immaculate, preserved in a field with a total area of about 25 km2. This field has no inhabitants and is called Bagan archaeological zone or simply Old Bagan to distinguish it with New Bagan- the newly constructed urban area nearby. 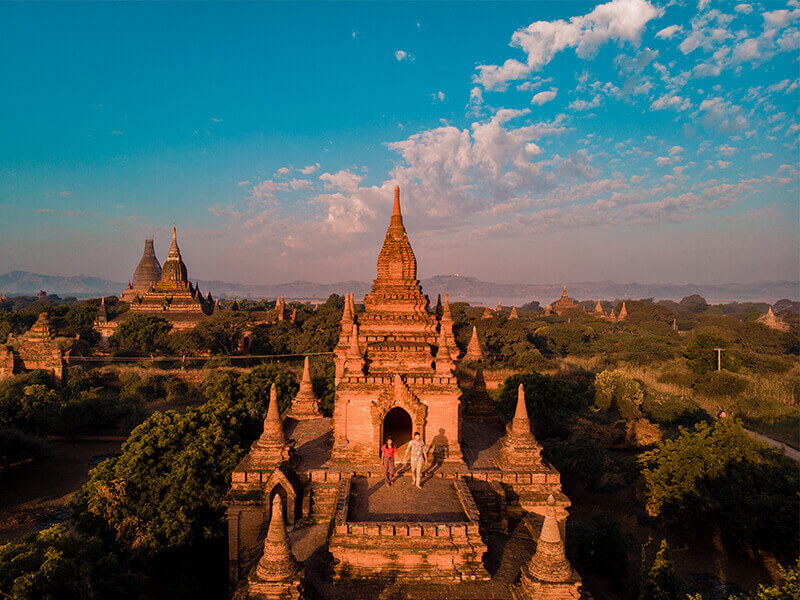 In the two poles North-South of the reservation area, there are two small towns which are about 15 km far away from each other named Nyang-U and New Bagan, where are the stop vacations of the visitors coming from all over the world. There are airports, bus stations, hotels, restaurants, and even a golf course…

Ananda Temple is one of the largest and the best-preserved temples here. It was built in 1105 and indicated the supreme boundless wisdom of the Buddha. The temple is made of stone with a cross-shaped architecture; in the center, it is a cube and on each side, there is a standing Buddha statue. 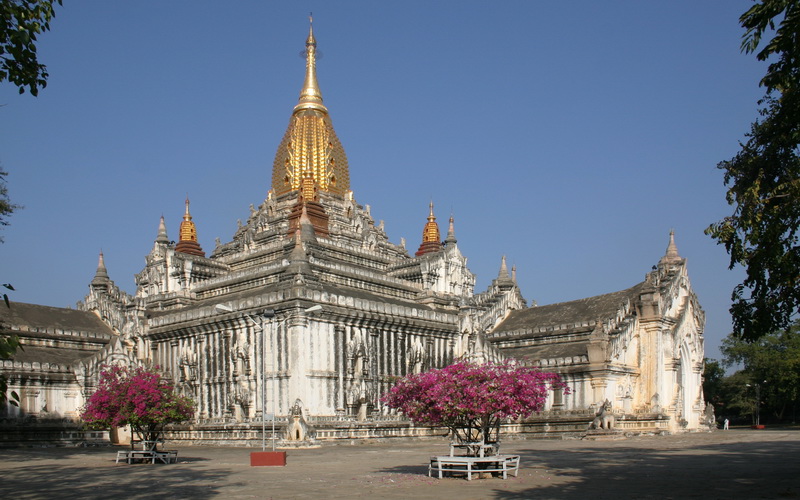 In the Bagan Archaeological zone, there is a Buddhist work that is considered as the second largest Golden Temple in Myanmar- Shwezigon Pagoda. 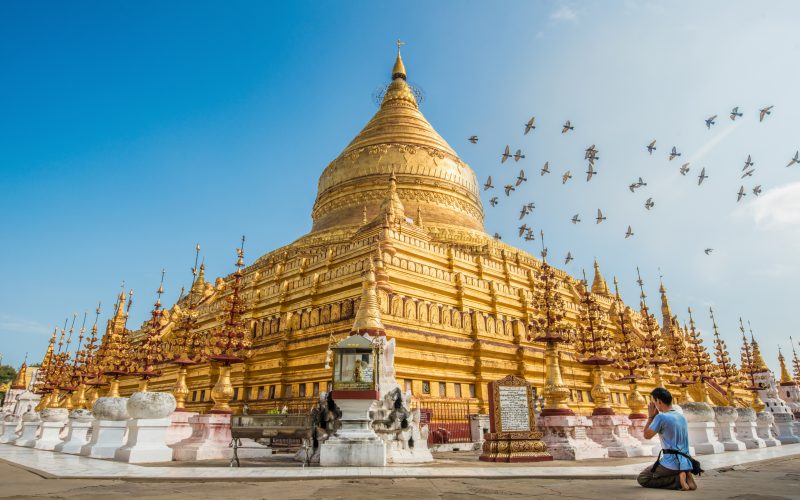 Making the tourists dazzled by the bright yellow which is outstanding in the blue sky, Shwezigon really has a magnificent architecture which is different from that of the Golden Temples in Bangkok, in Vientiane or in Mandalay. Many tourists prefer to see the panoramic view of Bagan from a height of 40 meters of Shwezigon temple in the sunset.