The Architecture of Po Nagar Temple

16 Dec, 2016 | Travel Blog
From the ultimate guides of each destination, secret beauties, amazing things about food and culture to top suggested resorts and hotels, our travel blog is meant to help you travel Asia at ease and experience the best moments there without any hesitation.

Po Nagar is a temple of the Cham located on a small hill, below the bridge foot of Bong Hamlet, at the head of Hai Thang Tu street, 2 km from the downtown of Nha Trang. The temple is now a cultural-historical relic as well as a tourist attraction in Nha Trang well known by many tourists in the country and abroad. In fact, the temple includes Po Nagar Cham Towers. Po Nagar Cham Towers are built from the 8th century to the 13th century, the period of Hinduism prosperous in the ancient Champa Kingdom, on a hill which is 50 meters higher above the sea level in Cai River estuary. 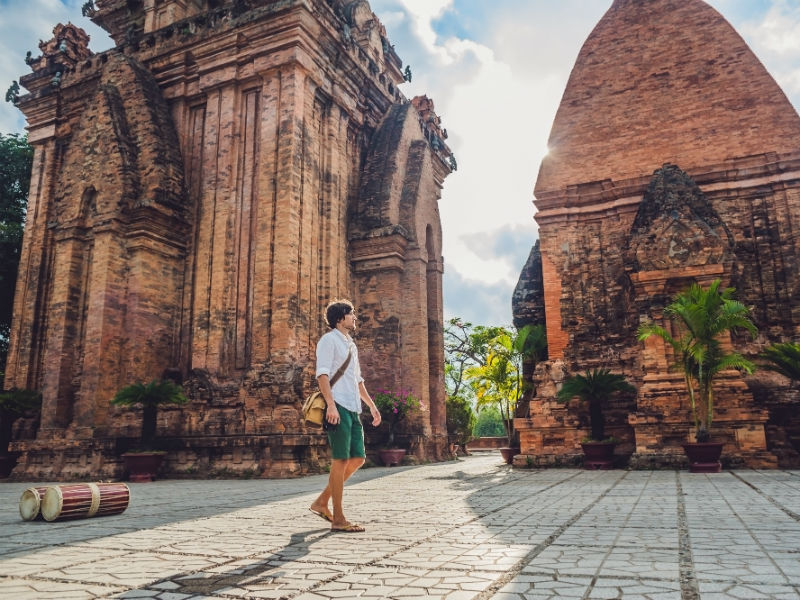 A man is walking in the ground of Po Nagar Temple

A tower has three floors:

- The lowest floor: is the ground level floor but today no longer rocks leading to the middle floor. - The middle floor: is Mandapa (the guest house) for customers to rest or prepare offerings to make a ceremony. This floor is 20m long, 15m wide, including four octagonal columns (including 10 large columns and 12 small columns). On the bodies of large columns, there are mortises carved and symmetrical with the tops of the small columns.

The top floor is the place where the tower was built in Cham style. The bricks have very tight circuits and invisible binder. Po Nagar  Temple refers to the complex of towers but actually it's just the name of the largest tower. The largest tower is about 23 meters high and has 4 floors. Each floor has doors, god statues, and interesting animal rocks. At 4 corners, there are 4 smaller towers. Inside the tower, there is a goddess statue (2.6 m tall) carved in black granite sitting on a lotus-shaped stone pedestal. Her back is against the large stone in the shape of the bodhi leaf. This is a masterpiece of Cham sculpture. On top of the tower, there is a statue of the god Shiva riding Nandin ox, and the mascots as swans, goats, and elephants. The tower wall facade was decorated by sculptures in stone like the dancers, boatman, people who are milling rice or hunting with bows and arrows. The main door in the east leads into a side lobby. On two sides of the door has two stone pillars showing goddess Durga dancing among the two musicians. Inside the tower, it is dark and cold.

The last part of the tower has a stone altar with Mrs. Po Nagar with ten arms. Two hands put on her knees while the other hands held things like a short sword, an arrow, a mace, and a spear on the right and a bell, a plate, a bow, and an olifant on the left. The other towers worship Siva (one of the three supreme deities of Hinduism), Sanhaka, and Ganeca (according to the legend he was the son of Siva). 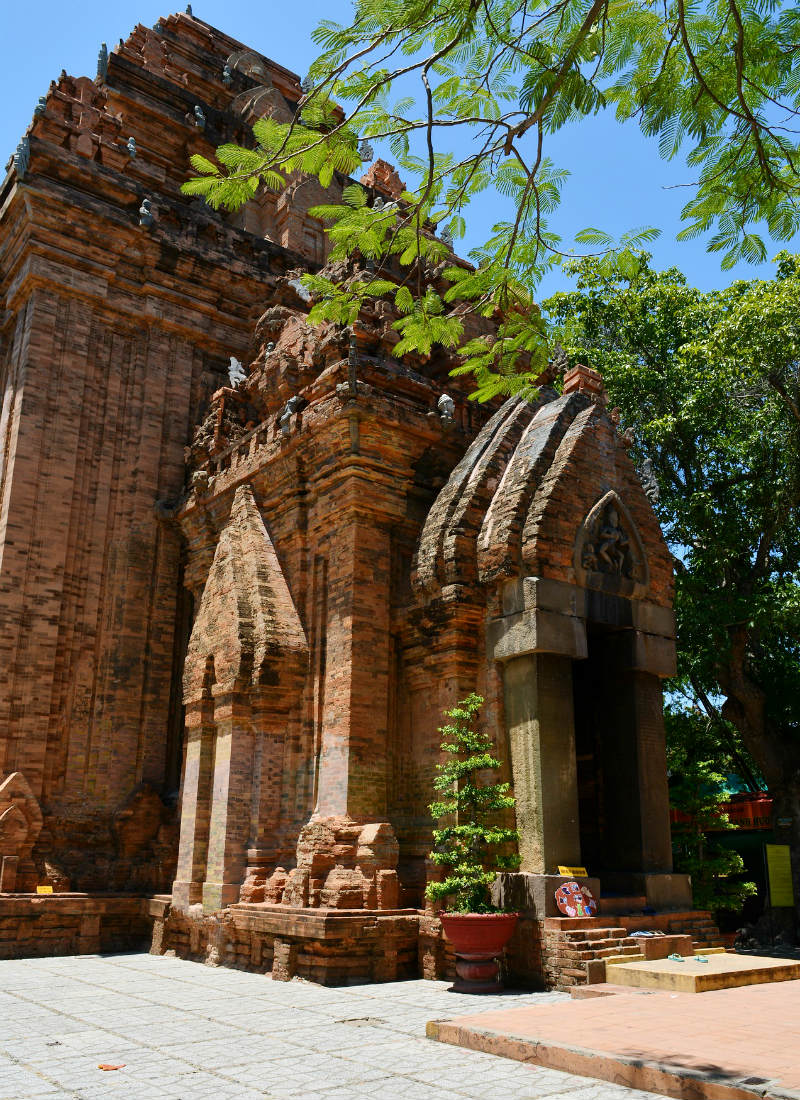 Po Nagar Cham towers are the typical works for Cham sculpture and architecture. Its techniques from the eighth to the thirteenth century are unknown although many scientific works have been performed. Technically, all towers were built in brick and decorated in stone and ceramic materials associated with deities worshiped here. The stone sculptures represent different Brahmin religious themes.