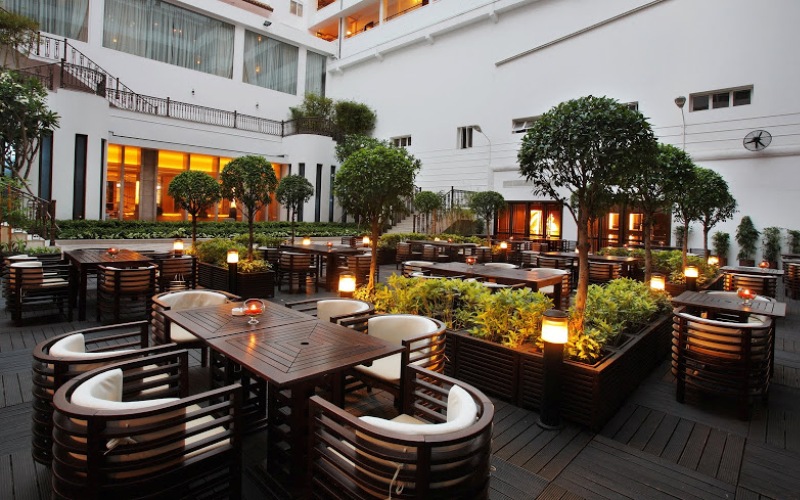 Originally built as a French garage in the early 20th century, in 1959 the Rex Hotel, was expanded into a 6-floor trading centre.  It was leased to the American Cultural Center in 1960, at which time the Abraham Lincoln Library was established on the ground floor. During the Vietnam war, the American Information Service made its base at the hotel which soon became the favorite haunt of U.S. officers and the scene of daily press briefings to foreign correspondents, or “five o’clock follies”, as they were called.

Things have changed since these days, with the Rex Hotel becoming one of the most instantly recognizable and famous names in all of Saigon. The Vietnam Tourism Association has voted the hotel in the “Top Ten Hotels” for ten consecutive years.  In 2008, the Rex Hotel was classified as an international 5-star hotel. With its traditional charm, a wide range of international standard services and 284 well-appointed rooms, the luxurious new refurbishments have been thoughtfully designed to preserve the historic integrity of the Rex Hotel while at the same time introducing sophisticated postmodern architecture. The Rex is really “Your Vietnam Home”.