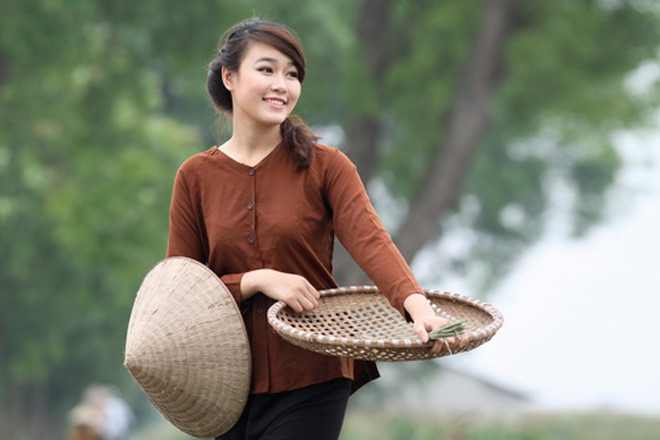 Yem (bibs) and Ao ba ba (or Vietnamese silk pajamas) used to play important roles in Vietnamese ancient women's lives. Let’s discover these clothes to have a slight impression of Vietnamese women costumes in the past.

Bib dresses are indispensable clothing for old Vietnamese woman. They helped women boast cleverly their body including their slender bare shoulders and charming backs. Nobody has known when bib dresses appeared. It was said that they were present in the lives of people all classes in the ancient northern Vietnam. In the 18th, and the 19th century, bib dresses were squares crossed over the chests while their above corners were rounded and attached to pieces of ropes used to tie behind the heads. The two corner sides were wired to force out the back. In the 20th century, bib dresses were widely used for many different styles and rich designs. The colors of bibs unveiled pretty much about their owners. Workers wore brown duffle bibs. Older people wore dark colored bibs. Educated girls wore colorful, elegant and discreet bibs. Sexy bibs were only worn by bad girls. 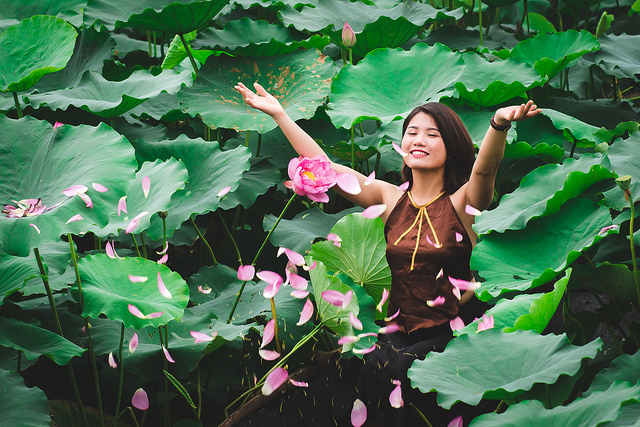 On those happy days or in festivals, young girls often worn pink bibs, covered with 4 part dresses or ao dai and combined with headgears, sandals, and hats. Also on normal days, they worn white or gray bibs and  covered with brown casual jackets. Some types of bibs are now modified to be used to show the beauty of the girls, but the number of users currently very is rare because this type of Vietnamese clothing is not confidential in accordance with the Vietnamese traditional families. Besides, modern dresses of the West are been fully in the life of the Vietnamese people, therefore, bibs have not been widely used. This dress is only used on fashion shows and traditional festivals.

So far, the origin of this dress is still mixed opinions. Someone said that it first appeared in the South during the Le dynasty. There is also another saying that it appeared  in the first half of the 19th century innovated by the scholar Truong Vinh Ky from Malaysian Chinese clothing to suit the size Vietnamese figure. 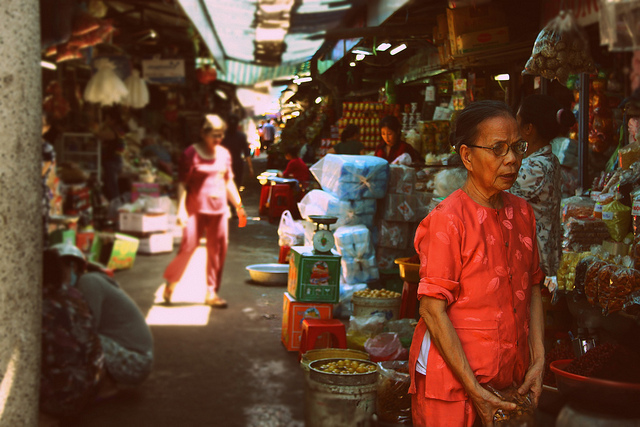 Ao Ba Ba in the past were often combined with long black pants. When going out, the people of the Mekong Delta chosen light  colors as white and gray. Those pajamas were often dyed black or  brown. No chemical dyes, people use local leaves or  barks to dye and coated them with mud likewise against discoloration. To work on fields, Vietnamese southern women chosen dark colors easy to wash and dry quickly. Today, women in rural areas in the South often wear brown Vietnamese silk pajamas and black pants, young people tend to wear shirts and colored thick western pants to look healthy, fit the gradually formed industrial lifestyle. Yem (bibs) and ao ba ba (or Vietnamese silk pajamas) help you to have an impression of Vietnamese women costumes in the past. Coming to this beautiful country to discover other things.