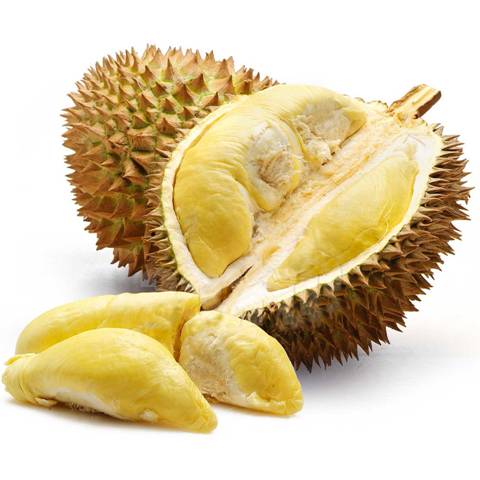 Durian - The King of Fruits

In Singapore, there’s one thing in common between durian and cigarettes: they are both banned in public places. Because of its infamously pungent smell, durian is not welcomed by everyone, even those who are from Southeast Asia, the birthplace of this exotic fruit. However, for those who are about to visit Southeast Asia, especially for the first time, sampling this so-called “The King of Fruits” is something you shouldn’t miss. Well, unless you’re too afraid of an “adventure” that doesn’t require you to travel too far. 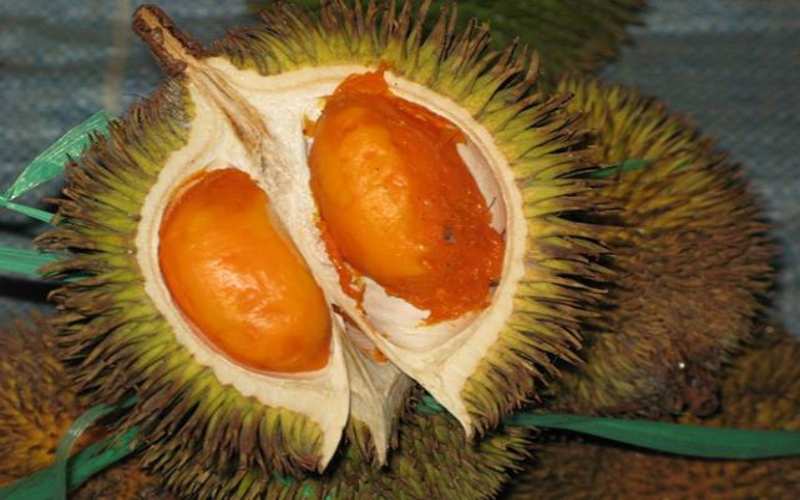 An exotic fruit that one should not miss in their first trip to Southeast Asia (Photo by whl.travel on Foter.com )

Durian’s native land still remains an ongoing debate. While many people insist that it’s originated from Borneo Island, which is shared by Malaysia, Indonesia and Brunei, the Filipinos also claimed that they are the first to discover the King of Fruits. Whatever the answer is, through passage of time, durians have traveled far from its homeland, to Thailand (one of the world’s leading durian exporter), Vietnam, Laos, Cambodia, Singapore, Myanmar and even further than just Southeast Asia, to Sri Lanka, India or even the African island of Madagascar. 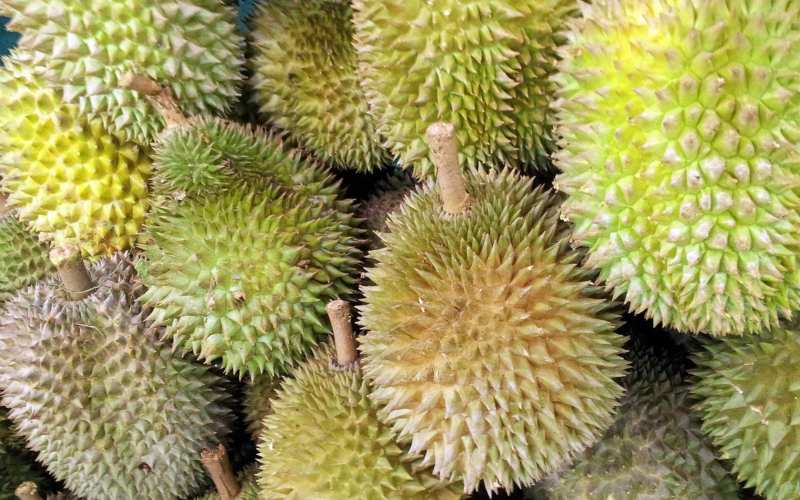 As long as you have a tropical climate and daily temperatures above 20 degrees, chances you can grow durians are pretty high.

To conquer the king is not easy

Yes, it’s not as eating a banana when you just have to peel off the skin with ease. For first-timers, eating a durian requires techniques, and a little bit of strength and bravery, unless you are accompanied by a local. First comes the selection of the right fruit. The secret to this is to hold a durian by both hands (with a cloth to avoid getting hurt by the spiky skin) and gently shake it beside your ear. A good durian produces a rather subtle knock instead of an obvious knocking sound or nothing at all. After choosing a good one, up comes the real challenge, the opening of the fruit. Find the spot which resembles a star, where the segments are separated. Afterward, find a knife, one which is sharp and long enough, and penetrate into the durian and cut through the lines that separate the segments, of course with strength. The alluring yellow flesh is ready to be eaten. Good durians should taste like something that falls between the creaminess of butter and the sweetness of nectar. With that being said, if you still confused of how to enjoy durian perfectly, lucky for you there’s still another way to do it. And that is buying ready-to-eat pieces of durian flesh which is abundant in the streets or markets of Bangkok, Saigon, Singapore or Kuala Lumpur, etc.

In several countries, it is said that durian is an exclusive delicacy for the Royals, hence its nickname. However, not any of us feel lucky that “The King of Fruits” is widely available now. As a matter of fact, the king doesn’t earn respect from everyone. Although some people are even addicted to durian, there’s also a significant amount of haters. But even the former has to accept that the excessive consumption of durian can be quite harmful. Thus, it is often advised by the locals that it should never be paired with coffee or alcoholic drinks. Eating durian is also believed to heat up the body and increase blood pressure just like when you drink wine. Or at the very least, it can make a nice guy turn into a public enemy because of the pungent breath from eating the flesh. Finally, collecting durian can also be risky. If not careful, one can have his head severely injured as the spiky and heavy fruit falls freely from the tree. Today, to deal with this, people going into orchards often wear a protective hat. 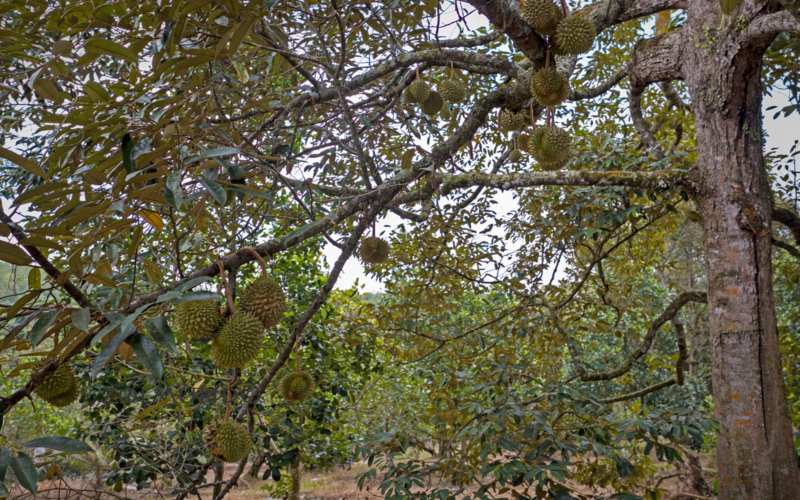 This is why wearing a protective hat is a must when you enter a durian orchard (Photo by zol m on Foter.com )

If you have already tried the fruit and loved it, it is very likely that you will also love the variations of durian. The most famous may be durian ice-cream. Its flavour is still unique but not as strong as the fruit itself. Durian ice-cream is perfect if you want to let other people in your traveling group experience this delicacy, knowing that some of them are not as daring as you are. Durian ice-cream is also an ideal summer treat to cool down amidst the intense summer heat in Southeast Asia. Besides, people in Southeast Asia have also invented durian crepe, durian pancake and even durian sauce to go with rice. In some tropical region in Southeast Asia, durian is even considered a precious asset of local culture as there’re not many places that can grow it. And because growing durians is not purely easy, “The King of Fruits” is an expensive item on the market. However, if someone is addicted to it, they will chase down its irresistible smell and find it until they succeed. They will not just eat it, but savor its sweet and creamy flavour passionately. Love it or not, durian can always create a good story when you talk about it to the locals while visiting Southeast Asia. While disputes about the “king” are everywhere, there’s one thing in certain: durian has become a communal and unique treasure shared by all lands this exotic tropical region.