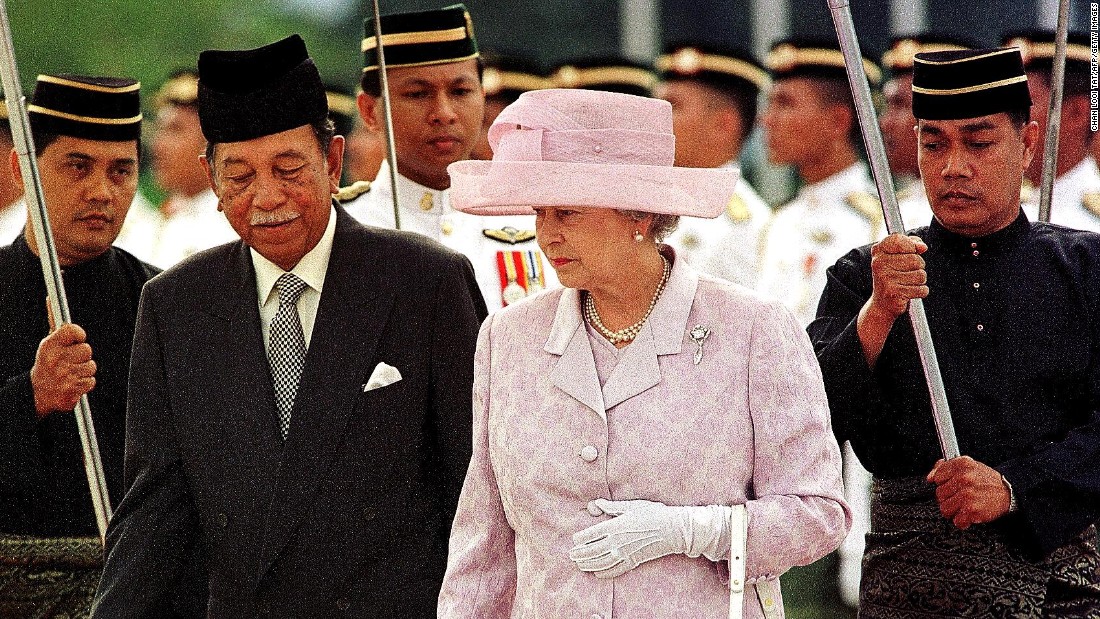 Even though without a visa, her Majesty the Queen has stopped by 128 countries during her 270 officially state visits. This, makes her the most well-travelled monarch ever in British history. Let’s take a quick look at 12 countries in Asia that had the honor to welcome the Queen! 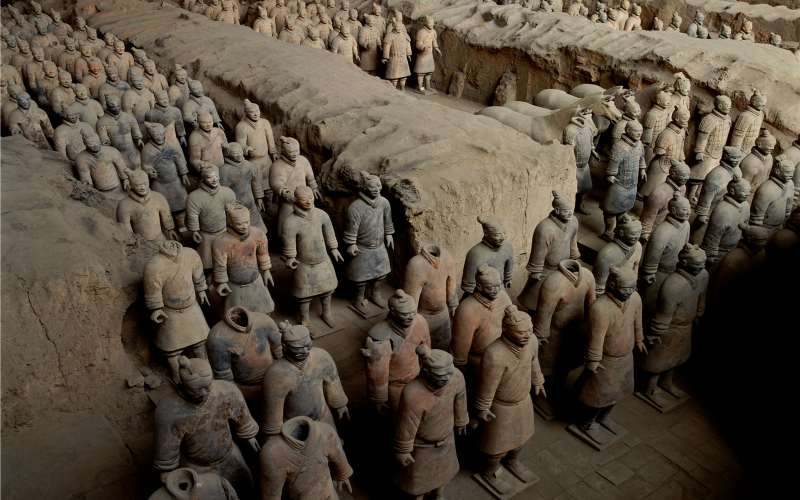 With a smile and a wave of her gloved hand, Queen Elizabeth II, in a wide-brimmed white hat and a lemon-yellow dress, set foot on the ground of the People’s Republic of China in 1979. This happened not too long after the two countries agreed on the future of the British Crown Colony of Hong Kong and during a time of increasing British – Chinese trade. Even though the visit marked an important move in enhancing the cooperation between two countries, the bulk of her visit was devoted to touring around countless historical monuments including the Temple of Heaven, the Great Wall, the Museum of Qin Terra-cotta Warriors, the Forbidden City and so many more. Appearing as the trademark attraction of China travel, following the footprint of her Majesty the Queen, these sites offer a flawless blend of natural and cultural discovery. Once was a country conquering the vast area of the world, China is a majestic colourful land that always keeps its visitors at amazement going through wonders to wonders. 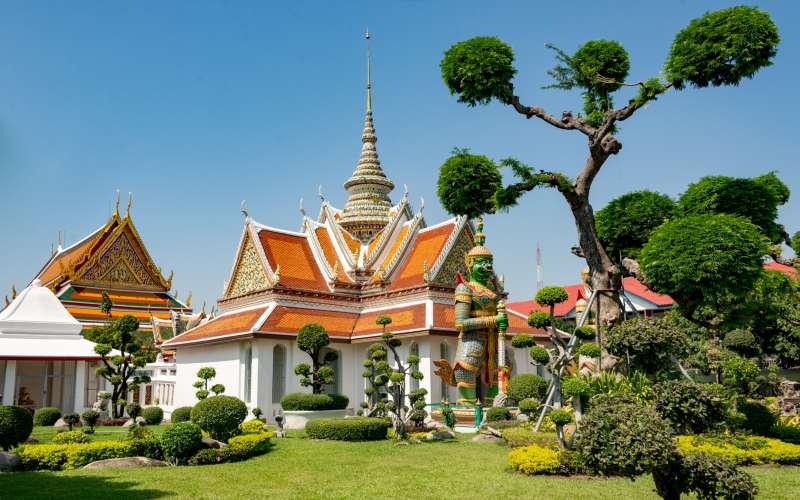 With an attempt of forging stronger ties between the two countries as well as to look at strengthening business opportunities, hosted by the world’s longest reigning monarch, Thailand King Bhumibol Adulyadej, the Queen visited both “the City of Angels” Bangkok and the UNESCO World Heritage Center Ayutthaya in 1996. During her journey, the Queen, accompanied by Thailand Majesties the King and queen and members of the Royal Family, witnessed the Loy Krathong ceremony – the most preferred festival of Thailand residents in which thousands of miniature floats decorated with flowers and candles were launched into the river. Nowadays, Thailand has grown to be the most visited country with an impressive total number of foreign tourists per year in Southeast Asia. As there are various golden Buddha statues and intricately designed temples for visitors to view at their arrival. While for those who favour mesmeric sandy beaches and captivating lush tropical forest, Thailand, undoubtedly, is indeed the perfect stop. 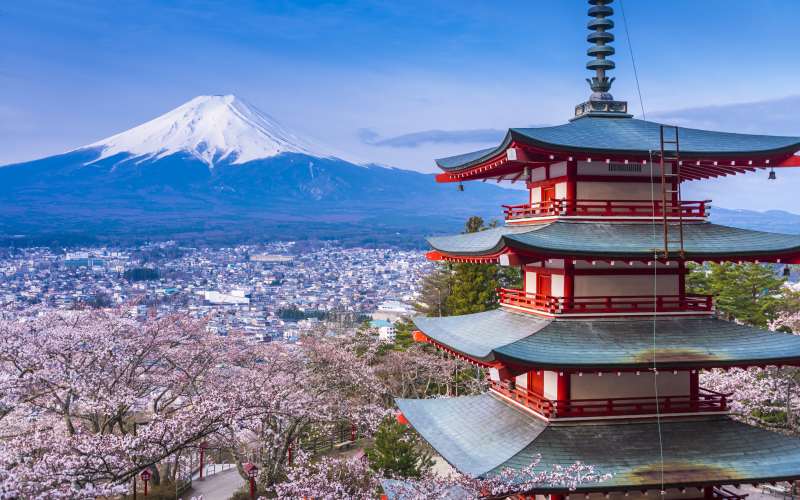 The historic six-day visit of Queen Elizabeth II and Prince Philip was a peaceful and friendly one without heavy security measures. Along the trip, Queen Elizabeth had grant myriad of amazing monumental sites of Japanese historic values such as the magnificent Gehinkan, Windsor Castle. There they commemorated their visit by a friendly meeting with the Emperor and Empress of Japan. Japan - a giant in economics and politics influences worldwide remains its unique and well-preserved quintessence of culture and lifeline for many travel lovers around the world to go for. The interesting blended highlights of this country are certain to tickle the taste-buds of any visitor and this had been impressed by some words of The Queen just before her departure flight back to England. The Majesty the Queen celebrated her 73rd birthday in her first visit to South Korea in 1999 which had been welcomed and entertained at a concert of British-Korean music and dance at the Associated Press in Seoul. This state visit of Queen Elizabeth was marked as a trip of Korean cultural highlights as well as growing economics tie-in of the two countries. This four-day visit of the Queen and her husband, the Duke of Edinburgh was studded with various historical and cultural events of South Korea to have a Korean cultural tour contemplating the tradition-rich beauty blended in every stunning sites and destination in the capital of Seoul, Insadong and some other points of interest across the country. 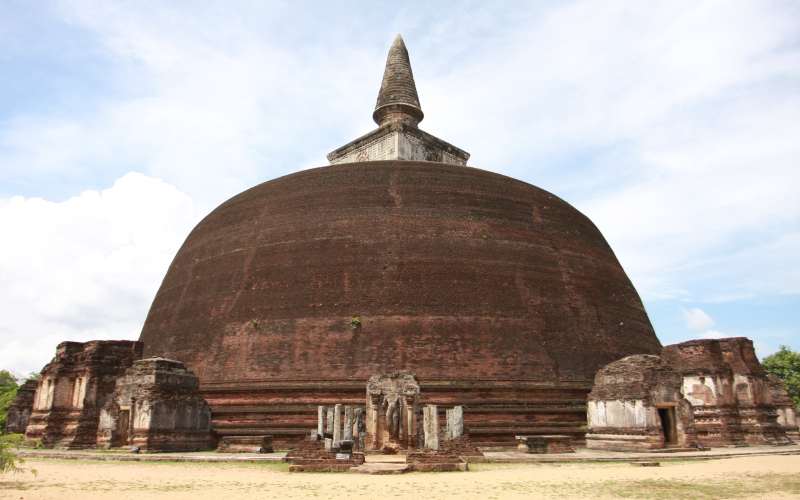 Visited the capital city Colombo, stopped by Kandy to experience a Perahera with 140 elephants, toured the ancient cities of Anuradhapura and Polonnaruwa and spent the Easter in Nuwara Eliya, the Queen’s journey to Sri Lanka in 1954 was made to mark the two – year celebration of her new role as Head of the Commonwealth. Became a member of the Commonwealth since 1948, Sri Lanka has been significantly growing days by days. The tear-shaped country off-shore Indian Ocean is now named as a “travel phenomenon” for its astounding beach getaway and oriental culture exploration. Several luxurious resorts and retreats situated alongside the coastline of unspoiled beaches will definitely make you surprised at how much this beautiful country has developed from the last time the British monarch made her way there. 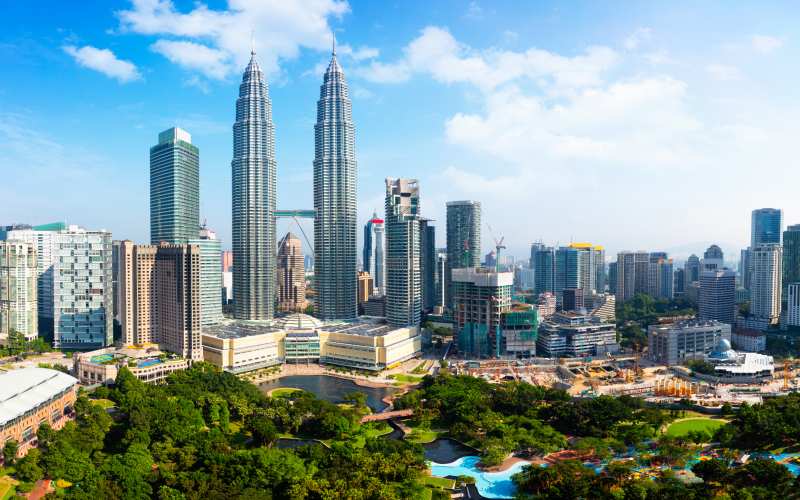 Embraced by a rapturous mood across this Southeast Asian country as well as the admirations from the Prime Minister of Malaysia Najib Razak, this visit was seen to strengthen the deep-rooted bonds between two countries. It also opened the doors to further collaboration in various fields including trade affairs, and especially education exchanges. The Majesty Queen was interested so much in the tropical fruits selections offered in most fine meals during the time of her stay in Malaysia. 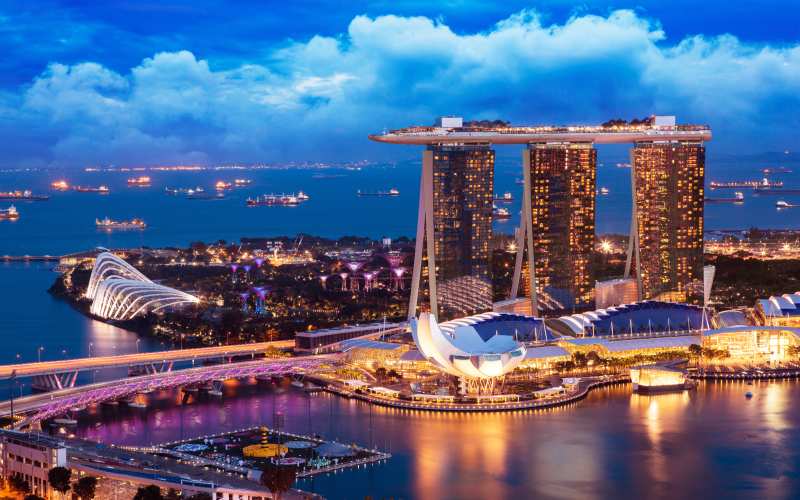 At the invitation of Singapore's President S. R. Nathan, Elizabeth the Queen paid her royal visit to Singapore in three auspicious days of March 2006 when they had been blessed in welcomed in flowers of the crowd a day before starting their state visit and travel to a range of great pride of Singapore travel. This is the third visit of Queen Elizabeth II to Singapore after the first two trips in 1965 and 1989. Although this time the Queen just stayed the country for three days, she had made her time to go to some outstanding posts of this amazing country including Singapore's National Library, Toa Payoh community, the Cenotaph - the land of commemorations of two World Wars soldiers those who sacrificed their lives on the battleground. 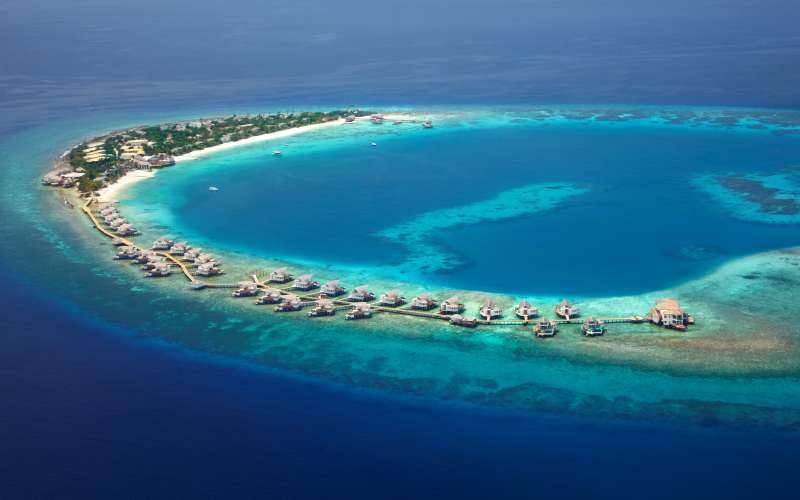 The Queen visited the Maldives the first time in 1981

Since Independence from British Protectorship in 1965, Maldives and the UK have enjoyed close, friendly and mutually beneficial relations. Attracting a great importance to its bilateral cooperation on economic, social and political development with the UK, Maldives welcomed her Majesty the Queen the first time in 1981. As the country of a collection of 26 coral atolls with exceptional beaches on private islands, year-round sunshine, magnificent underwater world, unique seafood and extensive finest beach resorts, Maldives has popularized its name as a “Heaven On Earth” for worldwide travellers. Growing its economy dramatically thanks to the significant revenue gained from tourism, Maldives nowadays has a lot more to offer compared with what it used to be back to the time when the Queen put her foot to its ground. 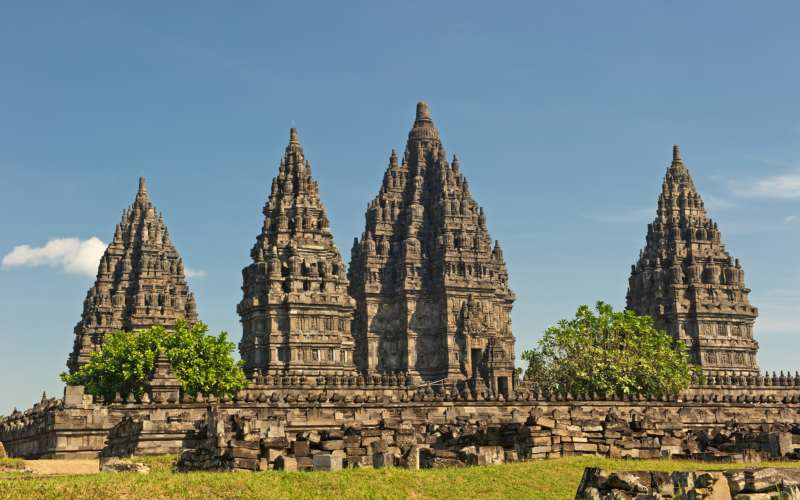 After leaving Australia in 1974, Elizabeth the Queen continued her trip to go on another royal visit to Indonesia that marked a jump in developing and enhancing the relationship with this amazing country of great future potentials at that time. The Queen in her early years on reign has shared her concerns about religious matters considered as a constant affair of attention in Indonesia. In 2012, the president of Indonesia had paid his visit of honour to Royal Britain with the host of Queen Elizabeth as a pleasant reply to her trip to Indonesia in the past. For travellers who want a taste of tropical mellows, Indonesia stands out for its ‘wild’ and peculiar pulchritudes of cultures and lifestyle. Indonesia travel grabs the attention of international travellers as the place of ancient ruins of Java architecture, sun-soaked endless beaches, along with the masterpieces of architecture in bunches of a majestic mosque. 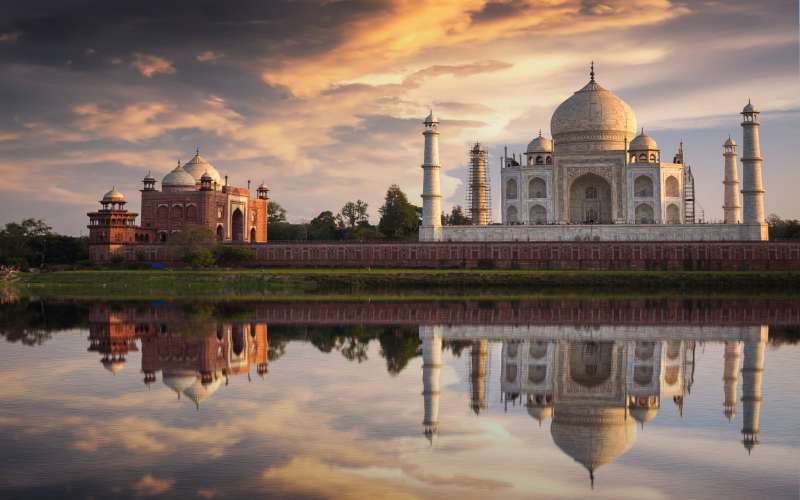 The Queen and Prince Phillip by the Taj Mahal

The Queen made 2 state visits to India, the first time in 1983, then in 1997. The latter is certainly more notable as she was in a gorgeous orange outfit and was wearing no shoes and heels as a sign of respect to the long-lasting Indian customs. During 7 days from October 12 to October 18 1997, she visited 4 big cities in India, including the coastal city of Kochi and of course the capital city of New Delhi. However, it was in 1961 when she paid a visit to the world’s wonder of Taj Mahal with Prince Phillip. 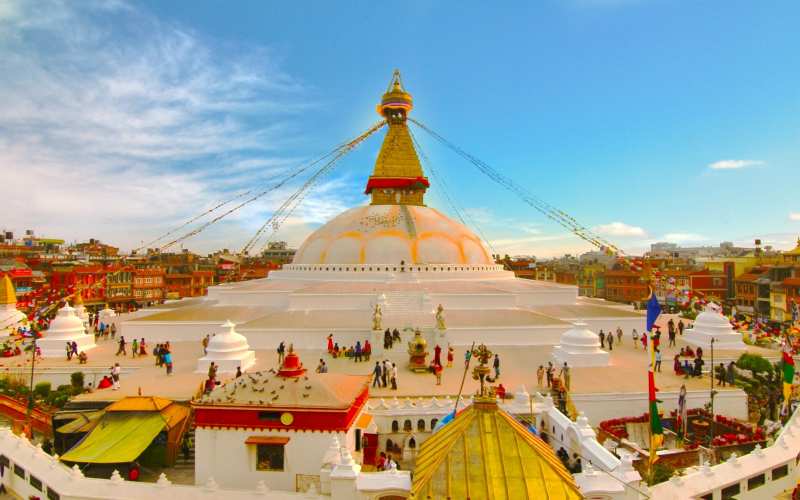 There’s a span of a quarter of a century between 2 state visits of Queen Elizabeth II to the Himalayan kingdom of Nepal and she was welcomed and hosted by 2 different Nepalese Kings in the capital city of Kathmandu. Her first trip in 1961 was considered historic as it was The Queen’s first visit to Asia and back then, the country was still a very culturally pristine as Western’s influence is virtually non-existence. Her Majesty only visits the country was made in November 1983 as part of a 16-day tour to Kenya, Bangladesh and India. Have you ever been to one of these wonderful countries?